PEGIDA rallies against refugees in Dresden 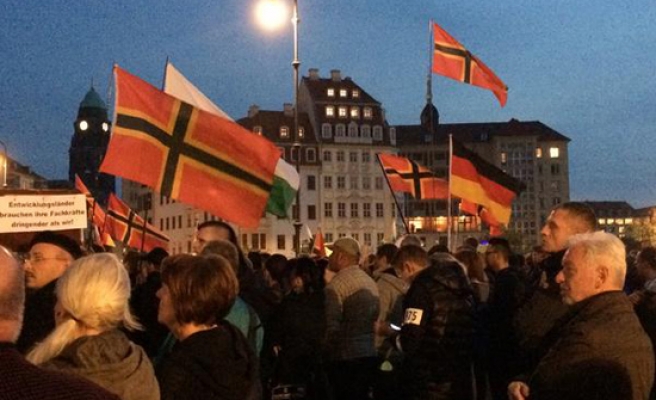 Several thousand people have gathered in Dresden to protest against Chancellor Angela Merkel’s plans to take in refugees.

The anti-migrant group known as PEGIDA organised the demonstration. Their members stand against the so-called “Islamisation” of the West.

“I am convinced that Mrs.Merkel’s politics are against national interests. I’m very disturbed about that. It’s almost treason. She has forgotten the oath she gave when she was sworn in"

But not everyone supports PEGIDA and elsewhere in Dresden a counter rally was staged.

“I know about the situation of refugees,” said one man.“I know why they are here. I know a few. I’d also flee the country if a war broke out here. That is why I can’t understand this intolerance. We’re sitting on thrones here.”

Germany initially had opened doors for refugees from Syria and Iraq, however the numbers arriving in the country have caused cracks in Merkel’s right-wing bloc and the government has announced new rules making the asylum process more difficult.