A defence witness told the court she feared the double amputee would shoot himself with the gun he used to kill his girlfriend on Valentine's Day last year. 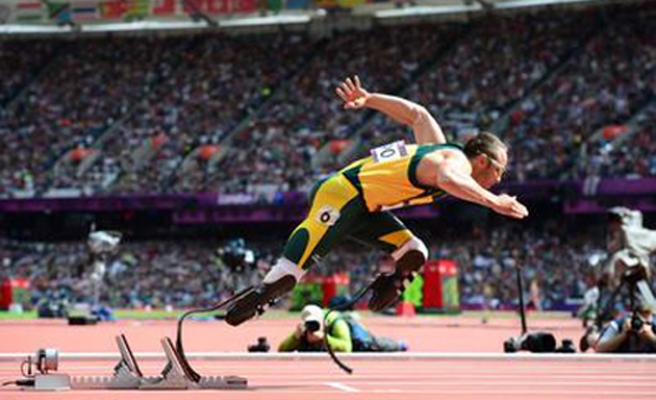 A defence witness in the murder trial of South African track star Oscar Pistorius told the court on Monday she feared the double amputee would shoot himself with the gun he used to kill his girlfriend on Valentine's Day last year.

Carice Viljoen and her father Johan, the manager of Pistorius' up-market Pretoriahousing complex, were first on the scene after the 27-year-old shot dead his girlfriend,Reeva Steenkamp, in the early hours of Feb. 14, 2013.

She said she feared Pistorius might use the gun he had left upstairs to kill himself after emergency services staff asked him to fetch the already dead Steenkamp's identification.

"I was scared that he might shoot himself," she told the court as the trial resumed after a two-week adjournment. "I couldn't hear him. I called out to him to hurry up with the bag."

Pistorius' defence hinges on his assertion that he heard a noise in the middle of the night and thought it was an intruder climbing into the bathroom adjoining his bedroom.

When he heard another noise coming from the toilet he fired four shots through the door, thinking an intruder was behind it. Steenkamp, a 29-year-old law graduate and model, was hit by at least three of the four hollow-point rounds fired and died almost instantly.

The state argues that Pistorius killed her deliberately in a fit of rage after the couple had a row.

Viljoen was the second defence witness called on Monday, taking the stand after her father.

The testimony from both painted a picture of Pistorius as a broken man in the immediate aftermath of the killing. Johan Stander said Pistorius was "torn apart, broken, desperate, pleading" as he prayed for Steenkamp to stay alive.

Earlier, he described the telephone call he received in the middle of the night from a distressed Pistorius telling him he had killed Steenkamp by mistake.

If convicted of murder, Pistorius faces life in prison.

The trial, which was adjourned on April 17 to allow prosecutors to deal with other cases on their books, has drawn huge interest both in South Africa and abroad.

Before the shooting, Pistorius, who had his lower legs amputated as a baby, was one of the most recognised names in athletics, competing against able-bodied sprinters on carbon-fibre prosthetics.

Besides a clutch of Paralympic medals, he reached the semi-finals of the 400m at theLondon 2012 Olympics.