Increasing violence, truce violations and reports of unmarked armed convoys travelling from the direction of the Russian border have aroused fears that a shaky Sept. 5 truce could collapse. 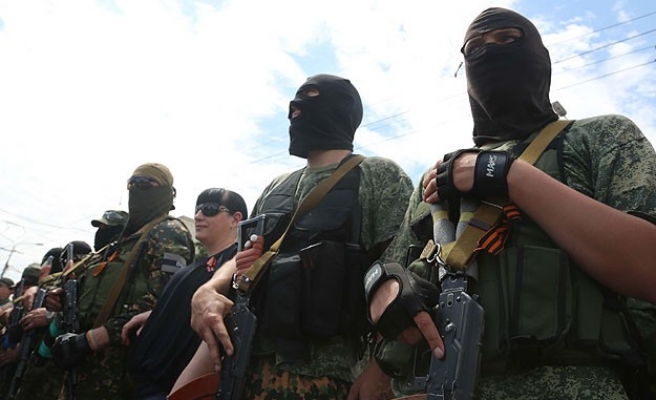 Ukraine's top priority is to build an army strong enough to stop Russian military aggression, Ukrainian Prime Minister Arseny Yatseniuk said on Friday, as he made his recommendations for senior positions in a new coalition government.

Ukraine's pro-Western leaders and NATO have accused Russia of sending soldiers and weapons to help pro-Russian rebels in eastern regions launch a new offensive in a conflict that has killed more than 4,000 people since April. Moscow has said any Russian troops there are merely off-duty volunteers.

Yatseniuk is in power-sharing talks with President Petro Poroshenko and others to form a coalition as quickly as possible following an Oct. 26 election so the new government can focus on tackling the political and economic fallout of the crisis.

"Building an army, which is capable of stopping aggression from Russia, is the number one task," Yatseniuk told journalists.

Yatseniuk said he did not expect Ukraine's economy to grow before 2016 due to the financial costs of the conflict. He said that one of the first tasks of a new government would be to come up with a new budget that he promised would be "very tough."

"The war is sucking billions of hryvnia from us," he said, promising that the new government would implement all the reforms required under a $17-billion International Monetary Fund loan programme.

A Ukrainian military spokesman said shelling between government forces and rebels had continued in the past 24 hours in the eastern Donetsk and Luhansk regions, with one soldier and one five-year-old child killed in different attacks.

Ukrainian President Petro Poroshenko separately told security officials there was "no reason to panic" over the situation in the east.

"If events begin to unravel in spite of the peace plan, Ukrainian armed forces today are ready and capable of repelling (an offensive)," Poroshenko said in statement, adding Kiev remained committed to finding a peaceful solution to the crisis.

The prospect of an all-out war returning to eastern Ukraine has piled pressure on the country's struggling economy, driving the hryvnia down by some 17 percent in November and pushing borrowing costs sky-high.

Yatseniuk suggested current Deputy Finance Minister Vitaly Lisovenko should take the role of finance minister in the new coalition government, saying the his deep involvement in the IMF loan negotiations made him an ideal candidate.

The prime minister, who is all but certain to retain his post in the coalition, said his People's Front party would support Poroshenko's choice for defence minister and foreign minister.

He also recommended the current chief executive of state energy firm Naftogaz, Andriy Kobolev, for the position of energy minister.

Coalition talks are ongoing after Poroshenko and Yatseniuk's political groups led other pro-Western forces in sweeping pro-Russian parties out of parliament in the October election.