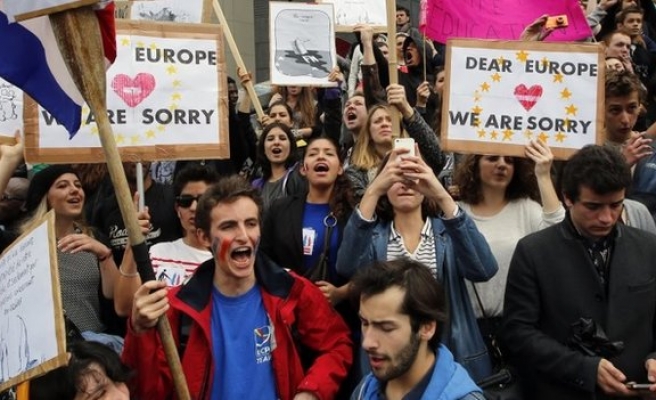 World Bulletin / News Desk
French Prime Minister Manuel Valls's comment that "racial apartheid" continues to exist in France has triggered a debate on the nature of the country’s society.

As France struggles to come to terms with the aftermath of the Charlie Hebdo attacks in Paris on Jan. 7 in which 12 people died, Valls acknowledged at a press conference in Paris last week that "social, ethnic and regional apartheid" existed in some parts of the country.

But not all were enamored with the use of a word designating a system, established between 1948 and 1994 by South Africa's ruling party National Party, which discriminated against black people.

The statement opened a wide debate on the country's social structure.

A day after Valls's comments, former French president Nicolas Sarkozy stated that using the term “apartheid” was a mistake and that education and health services were socially equal everywhere in France.

According to a survey by polling agency Odoxa after Valls’s statement, 54 percent of those surveyed believe a “social, ethnic and regional apartheid” is noticeable in France.

Students from the Sud University of Paris. located in the same suburbs where Amedy Coulibaly lived before he killed five people in two separate attacks in the French capital, told the Anadolu Agency they believed education was a core problem in their country's social structure.

Guillaume, a 21-year-old pharmacy student, believes that education in cities and suburbs operates at different levels.

He said: “France has a young population, which is ignored and thrown into the corner. They often do not think wisely."

"When committing crimes, young people often do not think about their actions."

"It may seem that punishing them is a solution, but they should actually be provided a better education," he added.

Guillaume said that, after the attacks, religious polemics began in France and overcoming prejudices was linked to an equal education system.

He stated the gap created by the education system has been filled up by extremist websites.

“I believe there is a very tense atmosphere when it comes to religion. Communities have prejudices arising from a lack of knowledge about each other,” he said.

Aurelia, a 23-year-old computer engineering student, said that the life lived in the suburbs was not equal to the one lived in Paris.

”There are many differences between families living in Paris and those living in the suburbs," she said, ​“I do not expect a huge change in French society after the attack.”

Aurelia, who said she was not connected to any religion, agreed that the cartoons of Prophet Muhammad published by French satirical magazine Charlie Hebdo were insulting.

She added that freedom of expression must have certain limits, yet "it does not mean that those exceeding the limits should be killed as a punishment".

Elisa, a 19-year-old medical student, did not agree with the prime minister’s statement.

“France is a secular country and everyone should be able to express his or her ideas without any fear,” she said.

Twelve people, including prominent journalists and cartoonists, were killed on Jan. 7 when two masked gunmen attacked the headquarters of the Charlie Hebdo magazine, known for publishing provocative material, including cartoons of the Prophet Muhammad.

Five other people, including a policewoman and four hostages in a kosher supermarket in Paris, were killed by Amedy Coulibaly, who had links with the two suspected gunmen in the Charlie Hebdo attack, brothers Cherif and Said Kouachi.

The attacks caused uproar around the world, and led to attacks against mosques and Muslims in Europe and a rise in Islamophobia.