Polish police detained an exiled Chechen leader on Friday at a congress of Chechens wanting independence from Russia for their Muslim region. 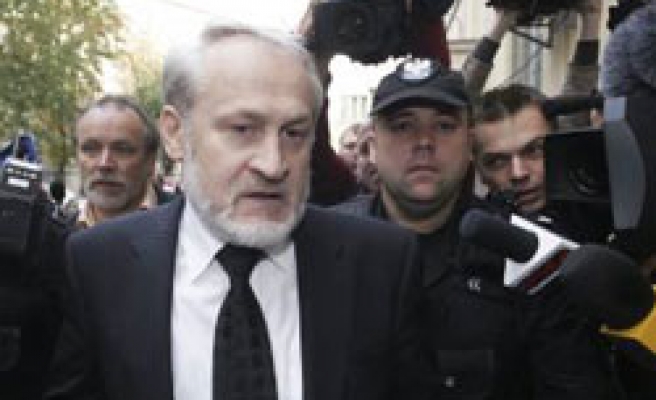 Polish police detained an exiled Chechen leader on Friday at a congress of Chechens wanting independence from Russia for their Muslim region.

Warsaw said it was unlikely to extradite Akhmed Zakayev, granted political asylum by Britain in 2003, even though this may harm a steady improvement in long-frosty ties between Russia and Poland.

"I expect nothing that would violate the rule of law," Zakayev said as he arrived at the prosecutor's office, adding he was on his way to hand himself in when police detained him.

"Poland is a democratic and sovereign country. When I learned there would be no trouble, I just came," he said.

The prosecutor's office was preparing a motion to arrest Zakayev, his lawyer said after the hearing.

Polish authorities had said they would be bound to arrest Zakayev if he turned up because of an international arrest warrant issued by Interpol.

Zakayev fought against Russia as a senior commander in two wars in 1994-2000 and now represents a wing of the pro-independence movement.

"It hadn't crossed our minds that we should abandon this enterprise (the congress) and that the Poles, who have always supported us, would turn their backs on us," Zakayev, a former actor, told daily Rzeczpospolita on Friday before his detention.

"We are organising the congress to set up an international forum to speak about our drama... (We want) international support for Chechen-Russian talks. In the future we also want an International Tribunal on Chechnya to be established."

The European Union said it was analysing Zakayev's case.

"In general, once a third-country national is granted asylum and international protection in a member state, his situation is equal...to the one of the citizens of the member state who is granting asylum," said European Commission spokeswoman, Michele Cercone.

Zakayev's visit comes at an awkward time for Poland, whose efforts to improve strained relations with its communist-era overlord Moscow have gathered pace since the death of Polish President Lech Kaczynski in a plane crash in Russia in April.

Polish Prime Minister Donald Tusk said he did not expect Zakayev to be extradited.

"According to international law, Poland must undertake some actions in this regard, but that does not mean we will be fulfilling Russia's wishes," he told Polish radio.

"What is in the hands of the government, the state apparatus, will be carried out in line with Poland's national interest and according to our values and sense of decency, not in line with anybody's wishes."

Striking a similar note, Polish Finance Minister Jan Rostowski said: "I can't imagine Zakayev would be handed to Russia... There are such things as overriding values."

After their long history of domination by Moscow, both in the 19th century and in the Soviet era, Poles have often shown solidarity with countries or groups in conflict with Russia.