Chaos engulfed plans for the state military parade in Warsaw just days ahead of the centenary, as far-right groups vowed to use the same route and timing for their controversial annual independence day march. 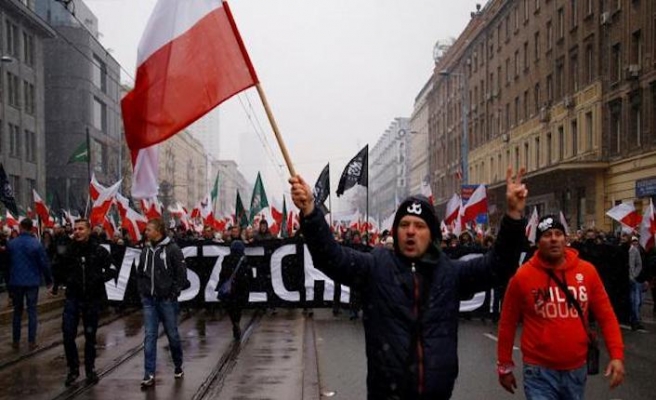 Poles mark a century of independence on Sunday amid tensions in the deeply polarised country over the prominent role that marginal far-right groups gained in shaping the main state parade.

Last year's edition of that march drew global outrage when some participants displayed racist and anti-immigrant banners and slogans. Its organisers include the National Radical Camp (ONR), a group with roots stretching back to an anti-Semitic pre-World War II movement.

Groups of this nature are marginal in Poland.

In a bid to avoid a similar debacle on the centenary, the right-wing Law and Justice (PiS) government and allied President Andrzej Duda on Wednesday announced the state military parade, insisting that it had legal priority.

But the far-right groups refused to back down after a Warsaw court overruled a separate ban imposed by the capital's mayor citing the risk of violence and hate speech.

The PiS government spent Friday in a tug of war with far-right groups over the scheduling of the two events. The sides confirmed late Friday that they would coincide.

PiS Prime Minister Mateusz Morawiecki has vowed that authorities would act "decisively" against any public display of fascist symbols or slogans, something that is banned by law in Poland.

"There is a clear red line between patriotic behaviour and nationalistic or chauvinistic (behaviour), or neo-Nazis," he told the foreign press corps on Thursday.