Since winning an unprecedented majority in 2015, the Law and Justice (PiS) party has been on a collision course with the EU over its long string of judicial reforms that critics charge pose a threat to democracy. 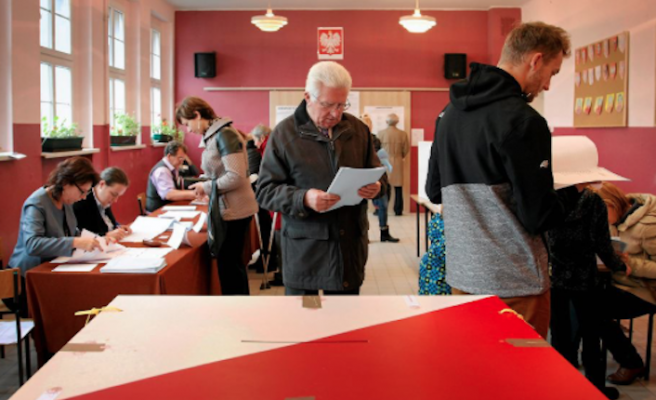 Poles vote Sunday in local elections seen as a key test for the country's controversial nationalist governing party as it gears up for EU and legislative elections next year.

But the PiS insists the reforms tackle corruption and overhaul a judicial system still haunted by Poland's communist era.

"The elections are a test for the major parties in large cities and regional councils ahead of the European elections (in May) and next year's parliamentary elections," Stanislaw Mocek, a political scientist with Poland's Academy of Sciences, told AFP.

Riding a wave of popularity driven by robust economic growth and generous social spending, the PiS stands to make gains in regional councils but is very unlikely to dominate them.

Registering to vote in Warsaw, an elderly actress who declined to be named, told AFP she was a "nationalist, so I'm pro-PiS".

She said she voted "no" in Poland's 2003 referendum on EU membership and minced no words criticising liberals associated with the Civic Platform (PO) opposition as a "gang" that "sold Polish factories to foreigners for a pittance" after communism fell in 1989.