Protesters chanted "Kill the gays" and carried banners that read "Only healthy Montenegro", a Reuters reporter on the scene said. 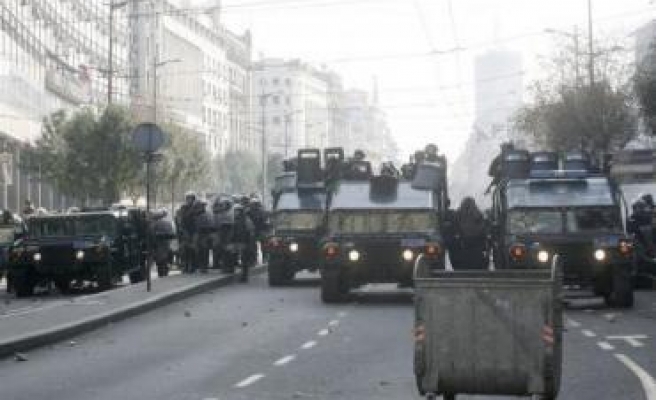 Police clashed with anti-gay protesters in Montenegro on Wednesday as they tried to disrupt the first gay pride parade to be held in the staunchly conservative Balkan country that is in talks to join the European Union.

Around 200 demonstrators hurled stones, bottles and torches at policemen in the coastal town of Budva who were keeping them separate from around 40 marchers wearing shirts bearing the colours of the rainbow, the symbol of the gay rights movement.

Protesters chanted "Kill the gays" and carried banners that read "Only healthy Montenegro", a Reuters reporter on the scene said.

Gay pride marches are now routinely held in Montenegro's Adriatic neighbour Croatia, which joined the EU in July, but same-sex rights remain stifled in the conservative, patriarchal societies of most of the Balkans.

In Serbia, which had been in a state union with Montenegro until 2006, police banned a gay pride march last October, fearing attacks by right-wing and ultra-nationalist groups, after the head of Serbia's Orthodox Church called the planned event "a parade of shame".

During a previous pride parade in Serbia in 2011, dozens were injured and arrested as protesters opposing the march clashed with police.

Montenegro, a mountainous country of 680,000 people, began EU accession talks last year, hoping to be the next in line for membership after Croatia.