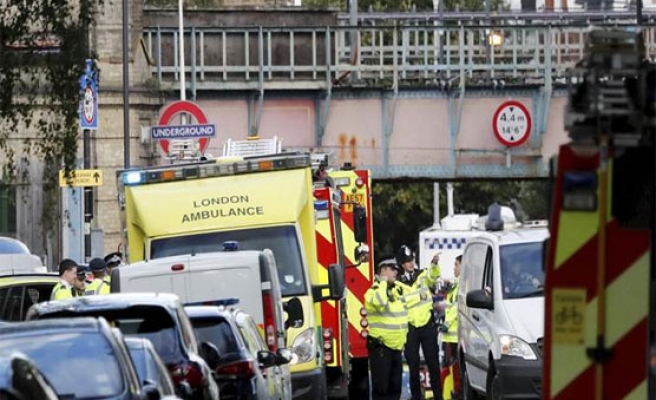 British police made a sixth arrest early on Thursday in connection with last week’s bomb attack on a London Underground train.

"A 17-year-old male was arrested under section 41 of the Terrorism Act after officers executed a warrant at an address in Thornton Heath at around 00:05hrs," London’s Metropolitan Police said in a statement.

Thursday's arrest brings to six the total number of detentions over the Parsons Green bombing.

British police on Wednesday arrested two males -- a 48-year-old and 30-year-old -- in Newport, South Wales. Another suspect -- a 25-year-old male -- was also detained at a different address in the Welsh city on Tuesday.

Over the weekend, two other male suspects -- aged 18 and 21 -- were detained in connection with the metro attack.

“All six males are in custody at a south London police station,” police said on Thursday.

Senior police officer Dean Haydon, head of the Met's Counter Terrorism Command said they were carrying out "a fast-moving investigation".

"Detectives are carrying out extensive inquiries to determine the full facts behind the attack," Haydon added.

Thirty people sustained mostly flash burn injuries when an improvised explosive device partially went off in a London Underground train at the Parsons Green station on the District Line on Friday.

Britain initially raised its terror threat level to the maximum level of ‘critical’, which meant another terrorist attack was considered to be imminent, but downgraded it to ‘severe’ on Sunday.

The threat level was last raised to the highest level following the Manchester concert bombing in May, which killed 22 people.