With paranoia and fear at an all time high, a young Swedish students home was raided by police after a passerby mistook 21st party balloons for ISIS propaganda 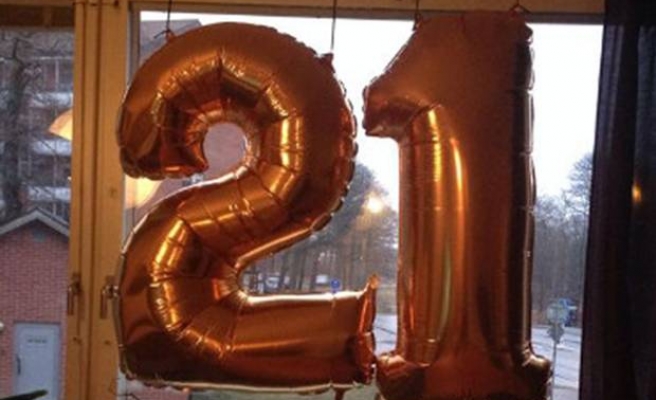 Police swooped on a Swedish student’s flat this week after balloons celebrating her 21st birthday party as propaganda for ISIS . (Read backwards, the rounded numerals resembled the initials “IS.”)

The couple removed the balloons, with the birthday girl saying that “extremism should always be taken seriously.”

“I laughed about it and they showed me a photo that they had taken where from their perspective, it did almost look like the letters IS,” Akesson said.

“I’m so surprised at all the attention,” Ericsson added. “I will never forget my 21st birthday.”