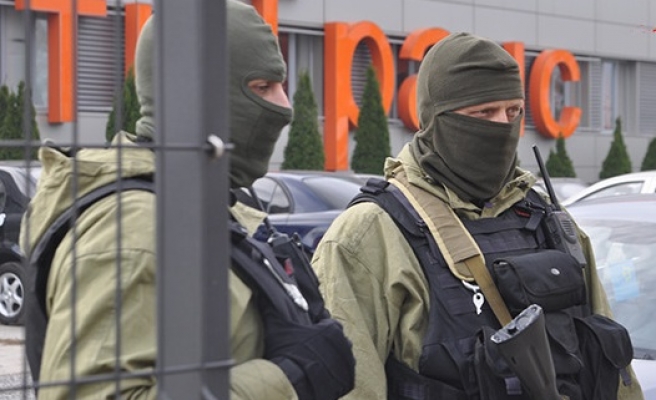 Russian police searched the offices of Crimean Tatar TV channel in Crimea early Monday as well as homes of its employees, its deputy director said, the latest raid against the once popular network which was forced to go off air in April.

"About 20 armed men from the FSB (security service) came to my house at 5:30 am and seized all documents, computers and telephones," said Lilia Budzhurova, the deputy director of ATR channel, adding that her lawyer was not allowed to be present.

Police also went to homes of other journalists and their relatives, she said, and the search was ongoing at the offices of ATR in Simferopol, the main city of the peninsula, Budzhurova said.

The police actions are related to an "extremism" probe launched against the owner of the channel, Lenur Islyamov, Budzhurova added.

The channel has been under pressure since Crimea was annexed by Moscow from Ukraine in March 2014.