Germans believe a British exit from the EU would be bad for both Germany and the EU, according to a new survey. 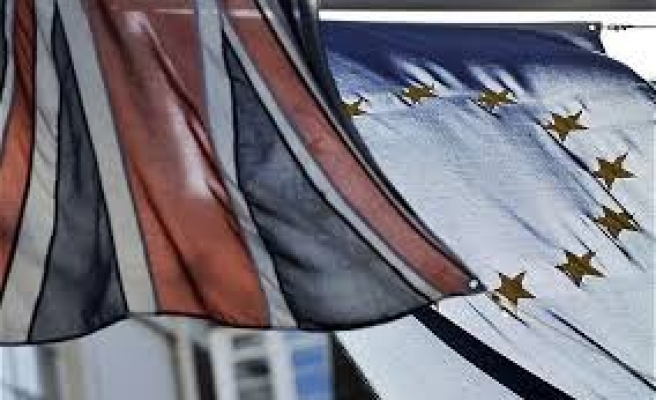 A majority of Germans do not trust European Union institutions and one in two want Brussels to devolve more powers to EU member states, according to a poll on Tuesday that confirmed a shift to greater Euroscepticism in Europe's largest economy.

The YouGov Deutschland survey also showed a majority of Germans believe a British exit from the EU would be bad for both Germany and the EU, and that the next German government, after Sunday's election, should work actively to keep Britain inside the 28-nation bloc.

British Prime Minister David Cameron, who has pledged to hold a referendum on Britain's continued EU membership by 2017, is the most trusted foreign EU leader among Germans, the poll showed, four points ahead of French President Francois Hollande.

Fewer than one in three Germans trust the European Commission, the EU's executive arm, and theEuropean Parliament fared only slightly better, said the poll, which interviewed 1,010 adults between Aug. 21 and Aug. 26.

The most trusted institution was Germany's Constitutional Court, which has addressed taxpayers' concerns over the legal and financial implications of euro zone bailouts by insisting on the right of theBerlin parliament to be fully consulted.

Half of those surveyed said they backed efforts by some EU politicians, who include Cameron, to repatriate powers from the European level, while 26 percent were opposed. Criminal justice, data protection and employment laws were among areas where Germans wanted national politicians to decide policy.

A majority of Germans wanted to cut Berlin's contribution to the EU budget and thought farm and regional aid subsidies - the two largest budget items - should be dealt with at the national level.

"Though Germany will remain wedded to Europe, once the question of EU powers is boiled down to specific policies, there is widespread support among German public opinion for the return of powers from Brussels to member states," said Nina Schick, an analyst at the Open Europe think-tank which published the poll.

The findings chime with a previous YouGov poll published on Sept. 3 that underlined German weariness with bailing out ailing euro zone members after three years of debt crisis, and confirmed a loss of appetite for "more Europe" in Germany, which has traditionally backed closer EU integration.

A new anti-euro party, the Alternative fuer Deutschland (AfD), could break the 5 percent barrier to enter parliament after the election on Sunday, though opinion polls show a strong majority of Germans continue to back the common currency.

The latest YouGov poll will provide pleasant reading for Cameron as he presses his case for Britain to form a looser association with the EU. Many Britons, especially in Cameron's Conservative Party, seeBrussels' influence as too stifling.

Nearly two in three Germans polled said Germany and Britain could be strong allies in reforming the EU, though France is still viewed as Germany's most important ally.

Fifty-seven percent of Germans said Britain's exit from the EU would be damaging to the EU's credibility and prestige.

Chancellor Angela Merkel is tipped to win Germany's election on Sunday, though it is unclear who will join her conservatives in the next coalition government.

Merkel, who has backed off from her earlier calls for "more Europe", has forged a good working relationship with Cameron and has refrained from criticising his push for looser British ties to the EU.