Pope admits church not vigilant over sexual abuse of children

Pope arrived in Edinburgh amid anger over decades of sexual abuse of children and a diplomatic gaffe made by a close aide. 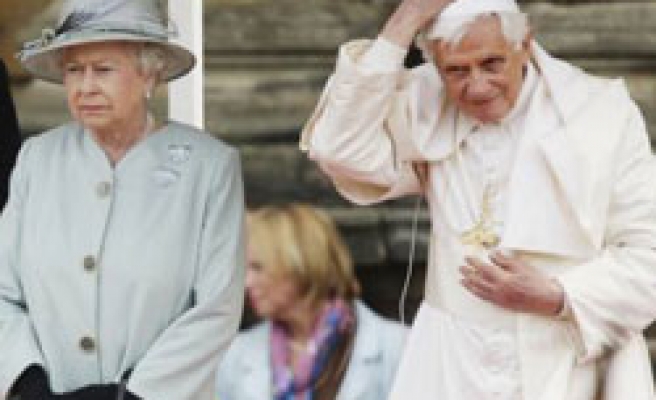 Pope Benedict XVI arrived in Edinburgh on Thursday at the start of his historic four-day state visit amid anger over decades of sexual abuse of children and a diplomatic gaffe made by a close aide to the Pope.

His four-day visit comes at a time when the Catholic church is struggling with a global child sex-abuse scandal.

In some of his clearest remarks on the scandal, he told reporters aboard the plane taking him to Scotland that he was "shocked" by what he called a perversion of the priesthood.

"These revelations were a shock for me, a great sadness. It is difficult to understand how this perversion of the priestly ministry was possible," he said.

The visit was also overshadowed by remarks made the pope's senior aide on the eve of the trip likening England to a Third World country.

The Vatican played down the Third World comments by Cardinal Walter Kasper to a German magazine, in which he also suggested England was home to aggressive atheists.

"Britain today is a secularised, pluralistic country. If you arrive at Heathrow airport, you sometimes think you had arrived in a third-world country," he reportedly told Germany's Focus magazine this week.

Kasper, who recently retired as head of the Congregation for Christian Unity -- the Vatican department that oversees dialogue with Anglicans -- had been due to accompany the pope but a Vatican spokesman said he would miss it for "health reasons".

The pope will receive a state welcome from Queen Elizabeth after he flies into the Scottish capital Edinburgh and later presides at an open-air Mass in nearby Glasgow in the afternoon.

But thousands of seats remain unsold, with police suggesting a park venue for the Glasgow Mass could be a third empty.