While he has told governments and institutions to do more to stop human trafficking and modern slavery, this time he emphasised individual social responsibility. 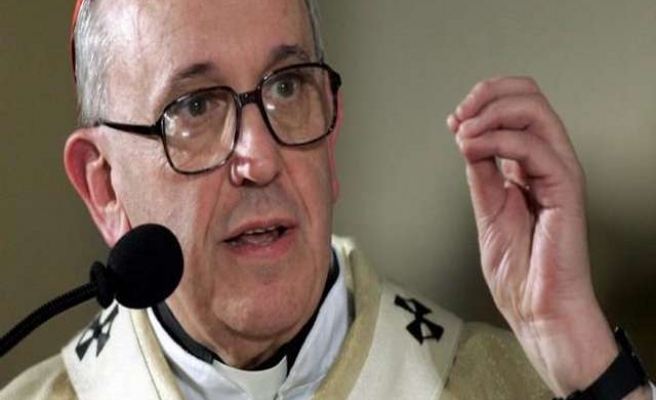 Pope Francis called for a global mobilisation to combat human trafficking and slavery on Wednesday, appealing to consumers to shun goods that may have been produced by exploited workers.

In his message for the Roman Catholic Church's World Day of Peace on Jan. 1, the pope denounced the "general indifference" that allows such practices to flourish.

"We are facing a global phenomenon which exceeds the competence of any one community or country. In order to eliminate it, we need a mobilisation comparable in size to that of the phenomenon itself," he said in the message sent to heads of state and government, international institutions and religious leaders.

The Argentine pope has made defence of migrants and workers a central issue of his papacy. He has attacked the global economic system for failing to share wealth and chose the tiny southern Italian island of Lampedusa, which many migrants have died trying to reach, as the venue for his first trip as pontiff.

While he has told governments and institutions to do more to stop human trafficking and modern slavery, this time he emphasised individual social responsibility.

"Every person ought to have the awareness that purchasing is always a moral and not simply an economic act," he said in his six-page message, titled "No longer slaves, but brothers and sisters".

He called on individuals and communities to "feel challenged ... when we are tempted to select items which may well have been produced by exploiting others."

Activist groups such as slaveryfootprint.org have urged consumers to avoid buying low-cost goods that may be the product of forced labour or other forms of exploitation.

In his message, Francis denounced "the growing scourge of man's exploitation by man" and said governments must do more to combat organised crime groups responsible for human trafficking.

Last week the leader of the world's 1.2 billion Roman Catholics joined Muslim, Jewish, Hindu, Buddhist and Christian leaders in promising to use their religions to help stamp out modern slavery and human trafficking by 2020.