"It looks after the interests of the Vatican, which are still, in large part temporal interests. This Vatican-centric vision neglects the world around it and I will do everything to change it" Pope Francis said. 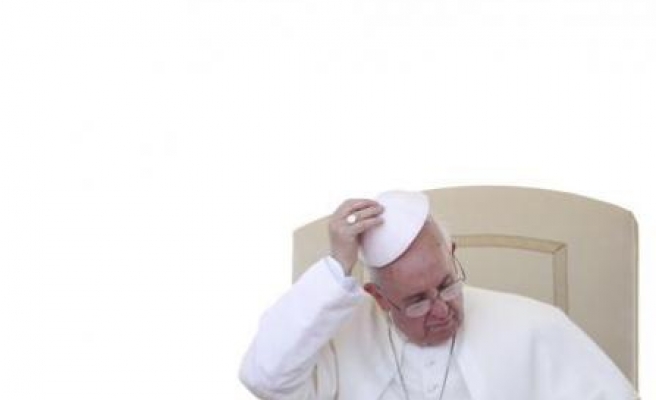 Pope Francis has promised to do everything in his power to change the Vatican's mentality, saying in an interview published on Tuesday that it was too focused on its own interests.

He also revealed that he had briefly considered not accepting his election as the first non-European pope in 1,300 years when his fellow cardinals chose him in March.

In the long interview with the atheist editor of the left-leaning La Repubblica newspaper, he said too many previous popes in the Church's long history had been "narcissists" who let themselves be flattered by their "courtier" aides.

"The (papal) court is the leprosy of the papacy," said Francis, who has brought a new style of openness, consultation and simplicity to the papacy.

The interview, conducted last week in the pope's spartan residence in a Vatican guest house, appeared as he began a three-day, closed-door meeting with eight cardinals from around the world to help him reform the Vatican's troubled administration, known as the Curia.

There are some "courtiers" among the Curia's administrators, he said, but its main defect is that it is too inward-looking.

"It looks after the interests of the Vatican, which are still, in large part temporal interests. This Vatican-centric vision neglects the world around it and I will do everything to change it," he said.

Francis said the eight cardinals he had chosen to make up his advisory board did not have selfish motives.

"They are not courtiers but wise people who are inspired by my same feelings. This is the start of a Church with an organisation that is not only vertical but also horizontal," he said.

Speaking of his personal faith, Francis said: "A Catholic God does not exist...

"I believe in Jesus Christ, his incarnation. Jesus is my master and my pastor, but God, the father ... is the light and the creator. This is my being."

In the interview, the Argentine pope said that on the night fellow cardinals elected him in the Sistine Chapel on March 13, before formally accepting, he had asked to go to an adjoining room to be alone.

"My head was completely empty and a great anxiety came over me. To make it go away and relax I closed my eyes and every thought went away, even that of not accepting, which the liturgical procedures permitted," he said.