The crisis in Tor Sapienza has shone a stark light on the problems facing many deprived areas of the Italian capital, which have grown worse as Italy's long economic slump has squeezed public spending 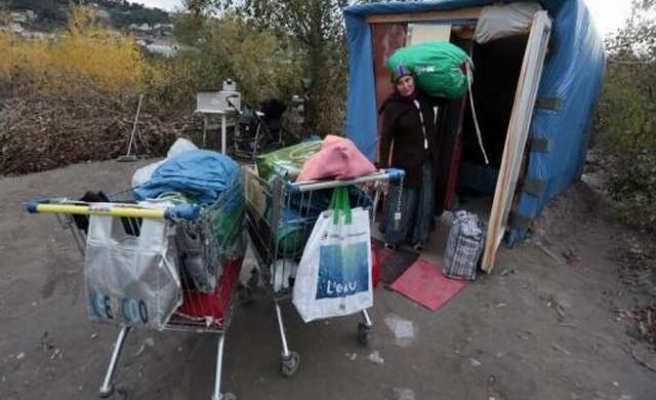 Pope Francis warned on Sunday of a "social emergency" after violent protests against a migrant reception centre in Rome highlighted growing social tensions in disadvantaged areas of the Italian capital.

The reception centre in the Tor Sapienza area of the city has been the target of several days of angry protests by residents who have accused migrants in the building of drug trafficking, sexual harassment and petty crime.

"In the past few days in Rome, there has been quite serious tension between residents and immigrants," the pope said in his weekly Angelus address in St Peter's Square, noting that similar incidents had occurred in poor areas of several European cities.

"I would ask all institutions, at every level, to consider as a priority something which now amounts to a social emergency which, if not dealt with appropriately as soon as possible, risks degenerating even more," he said.

The crisis in Tor Sapienza has shone a stark light on the problems facing many deprived areas of the Italian capital, which have grown worse as Italy's long economic slump has squeezed public spending.

Tor Sapienza, in the run-down east of Rome, has long been blighted by problems ranging from open dealing in drugs and prostitution to potholed roads and crumbling public buildings.

It has three migrant reception centres and a separate camp housing Roma people, mainly from eastern Europe. Residents accuse the city government of dumping an unwanted problem in a poor area.

More than 100,000 immigrants have arrived by boat from North Africa this year alone, straining Italy's ability to accommodate and handle them. Several politicians from right-wing and anti-immigrant parties have visited Tor Sapienza to express solidarity with residents.

The centre-left mayor of Rome, Ignazio Marino, a former top surgeon who came to office at the beginning of 2013, said the problems in areas like Tor Sapienza had been building up for decades and he ruled out resigning on Sunday.

However, he has faced growing pressure from within his own Democratic Party to shake up his administration or face early elections in March.