'The Easter message of the risen Christ... invites us not to forget those men and women seeking a better future, an ever more numerous throng of migrants and refugees... fleeing from war, hunger, poverty and social injustice,' Pope Francis says 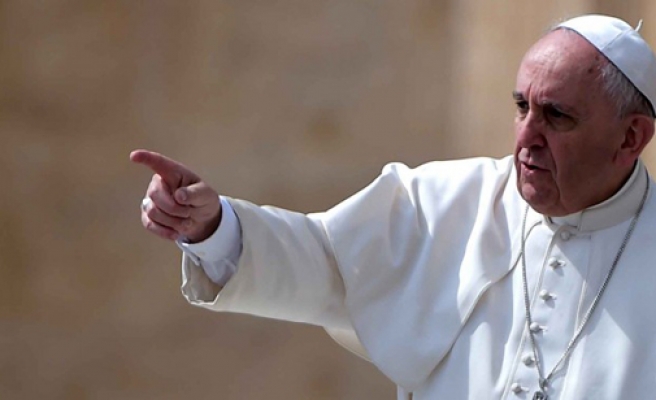 Pope Francis on Sunday spoke out against the "rejection" of migrants and refugees in his Easter message, as Europe struggles with its biggest migration crisis since World War II.

Security was tight as he delivered his Easter mass to crowds of people gathered below the central balcony of St Peter's Basilica, just days after the deadly bombings in Brussels.

"The Easter message of the risen Christ... invites us not to forget those men and women seeking a better future, an ever more numerous throng of migrants and refugees... fleeing from war, hunger, poverty and social injustice," the pope said.

"All too often, these brothers and sisters of ours meet along the way with death or, in any event, rejection by those who could offer them welcome and assistance."

Francis has long called for the global community to open its doors to refugees and fight xenophobia -- appeals which have intensified since a controversial deal between Europe and Turkey to expel migrants arriving in Greece.

During Good Friday prayers, the pontiff had also decried what he called Europe's "indifferent and anaesthetised conscience" over migrants.

On Sunday, the pope also referred to Syria's "lengthy conflict, with its sad wake of destruction, death, contempt for humanitarian law".

He voiced hope for the UN-brokered indirect peace talks between the government and opposition forces that opened in Geneva in mid-March and are set to resume in April.

"Good will and the cooperation of all will bear fruit in peace and initiate the building of a fraternal society," he said.

Syria's five-year conflict has killed more than 270,000 people and forced millions to flee their homes, with neighbouring countries bearing the brunt of the refugee crisis.

The pontiff also referred to a spate of recent attacks, including the Brussels bombings on Tuesday that killed 28 people.

He condemned "terrorism, that blind and brutal form of violence which continues to shed blood in different parts of the world, as in the recent attacks in Belgium, Turkey, Nigeria, Chad, Cameroon, and Ivory Coast."

Pope Francis also spoke of "those areas affected by climate change, which not infrequently causes drought or violent flooding, which then lead to food crises in different parts of the world."

Turning to other global flashpoints such as Libya, Yemen and Iraq, he called for a "fruitful encounter of peoples and cultures" there.