Fighting between government troops and separatists in eastern Ukraine has intensified in recent days after the rebels ruled out more peace talks. 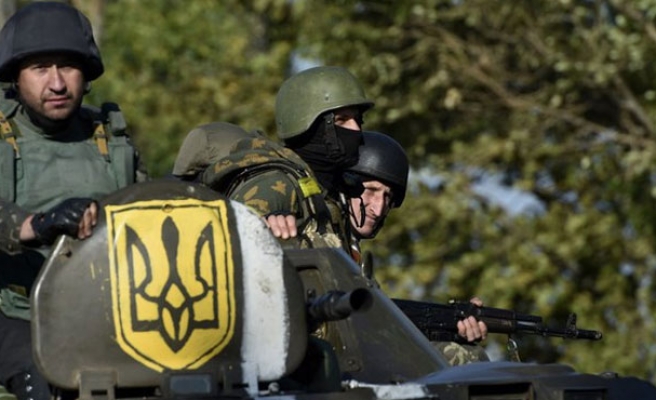 Ukrainian President Petro Poroshenko said on Sunday de-escalating the conflict with pro-Russian rebels was the priority for the Kiev government, which stands by a September peace deal signed in Minsk.

Fighting between government troops and separatists in eastern Ukraine has intensified in recent days after the rebels ruled out more peace talks.

"Beginning a political process of de-escalation and regulation remains our priority. We don't see an alternative to the Minsk agreement," Poroshenko told a meeting of security and defence chiefs.

He said EU foreign ministers would meet on Monday to discuss the crisis and the options for increasing pressure on Russia.

Russia, whom the West accuses of supporting the separatists, prevented the U.N. Security Council on Saturday from criticizing rebel statements and condemning the upsurge in violence.

Thirty civilians were killed after rebels launched an offensive against the strategic port of Mariupol on Saturday, prompting the European Union's foreign policy chief to warn of a further "grave deterioration" in EU-Russian relations.

Moscow denies sending forces and weapons to eastern Ukraine, despite what Kiev and the West say is irrefutable proof. More than 5,000 people have been killed since the conflict erupted in April last year.