Although the post is largely ceremonial, the president has make-or-break power over the nation's fragile ruling alliance and the power to dissolve parliament in the event of a crisis 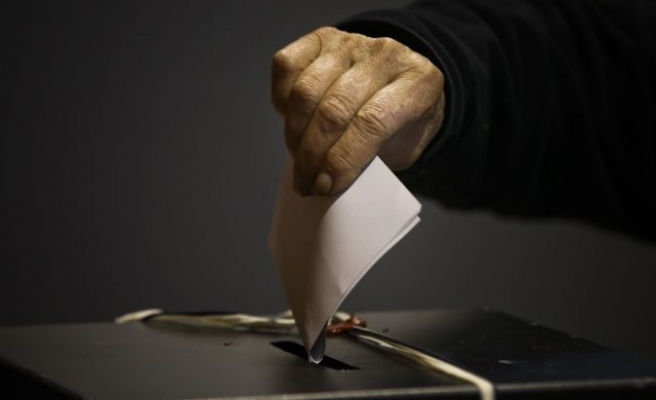 Portuguese voters began voting Sunday to choose their president, in an election being closely watched in Brussels as the country recovers from a 78-billion-euro ($85-billion) bailout.

Although the post is largely ceremonial, the president has make-or-break power over the nation's fragile ruling alliance and the power to dissolve parliament in the event of a crisis.

Since inconclusive elections in October, Portugal's minority Socialist government has been relying on a delicate coalition with the extreme-left to run the country of 10.4 million people.

The overwhelming favourite for the next head of state is a TV pundit, Marcelo Rebelo de Sousa.

Known as "professor Marcelo" to his fans, he comes into the race with a popularity that has been built thanks to decades in the public eye.

"I voted for professor Marcelo. I have been seeing him on television for years and I know his political beliefs," said Mario Machado, a 72-year-old pensioner, speaking in a posh Lisbon quarter.

The 67-year-old law professor has been involved in Portuguese politics and media since his youth, co-founding a weekly newspaper in his 20s and helping to establish the centre-right Social Democratic Party.

Starting in the early 2000s he made his debut as a political analyst on TV, delivering clever commentary to a viewership that quickly grew.

His popularity is widely expected to help him break the 50-percent mark for an outright win in Sunday's voting. If none of the 10 candidates breaches this threshold, a run-off will be held on February 14.

The centre-right bloc of former conservative prime minister Pedro Passos Coelho won the most seats in the October ballot, but lost the absolute majority it had enjoyed since 2011.

But it is forced to count on the support in parliament of a bloc of communists and greens that has not renounced its critical stance towards European budgetary rules and Portugal's membership of NATO.

Rebelo de Sousa is a long-time conservative who has the backing of right wing parties but who claims total independence.

He insists he will not be partisan but seek to rule "above the fray".

He would succeed Anibal Cavaco Silva, a conservative who has served two consecutive five-year terms and who had been reluctant to hand power to a leftist coalition he viewed as "incoherent".

Rebelo de Sousa, who is projected in the latest opinion polls to grab between 52 and 55 percent of the vote, has said he will do "everything I can" to ensure the current government's stability.

"He is a consensus candidate and a moderate who takes votes both on the left and on the right. But the voters will have to mobilise for him to be elected in the first round," political analyst Jose Antonio Passos Palmeira told AFP.

Independent leftist Antonio Sampaio da Novoa, also a university professor, is his nearest rival with polls putting his support at between 17 and 22 percent.

Rather than choose De Novoa, the Socialist Party chose as its official candidate former health minister Maria de Belem Roseira, who is on course for between an 8 and 13 percent vote share.

Around 9.7 million people are registered to vote, but the turnout rate in presidential elections is traditionally poor. In 2011, just one voter in two bothered to cast their ballot.

Polling booths opened at 8 a.m. (0800 GMT) and were to close at 1900 GMT, save for the mid-Atlantic Azores archipelago, where they opening and closing one hour later.

Some voters registered in the United States were facing having to vote next week owing to blizzard conditions which kept polls shut in Washington while others in some eastern areas were forced to close, Portuguese daily Publico quoted the national election commission as saying.

Whatever the result, the support of one international celebrity is not in doubt. Sacked Chelsea coach Jose Mourinho has called Rebelo de Sousa a "charismatic winner" in a video of support on YouTube.