Poverty in European Union 'extremely challenging' as almost half of Europeans outside bloc face poverty, according to reports 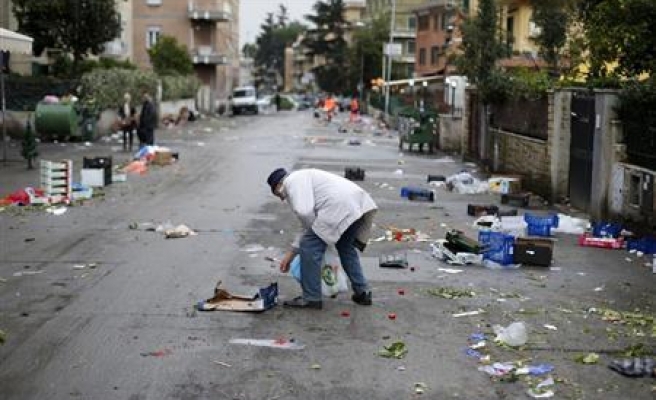 Non EU-citizens are twice as likely to be at risk of poverty or social exclusion as nationals in the 28-nation bloc, the EU’s statistical body Eurostat has revealed.

One out of every five non-EU citizens aged 18 and over were not able to afford to pay their bills, keep their home adequately warm, or take a one-week holiday away from home last, Eurostat said.

President of the European Parliament, Martin Schulz said a day earlier that poverty and social exclusion in the EU were proving to be ''extremely challenging".

Speaking at the Fourth Annual Convention of the European Platform Against Poverty and Social Exclusion in Brussels he said: ''Through the Europe 2020 strategy, the EU countries engaged to lift at least 20 million people out of poverty and social exclusion by the end of the decade.

"Today, as we head towards the half-way mark of this strategy, poverty rates remain unchanged and 25 percent of EU citizens are at risk of falling into poverty.''

Schulz went on: ''This is the damning reality that the crisis has left us with.

''This is the reality we need to urgently tackle head on, all together: at national level, where much competence for these matters lies, but also at European level.''

Non-EU citizens living in Greece, Belgium and Spain were the most affected in 2013, with more than half of non-EU citizens aged 18 and over being at risk of poverty or social exclusion.

The report comes amid heightened economic tension in the European Union, as Eurosceptics seek to topple the EU’s executive body – the European Commission - under the leadership of Jean-Claude Juncker, who was the Prime Minister of Luxembourg when hundreds of big-name corporations like Pepsi, IKEA and FedEx reportedly secured secret tax deals.

The Juncker Commission is planning to unveil a €300 billion ($376 billion) investment package to boost investments in the European Union.

At least 100,000 workers protested against austerity measures in Brussels earlier in November after the Belgian government said it would raise the age of retirement from 65 to 67 by 2030 and force the long-term unemployed to work for their benefits.