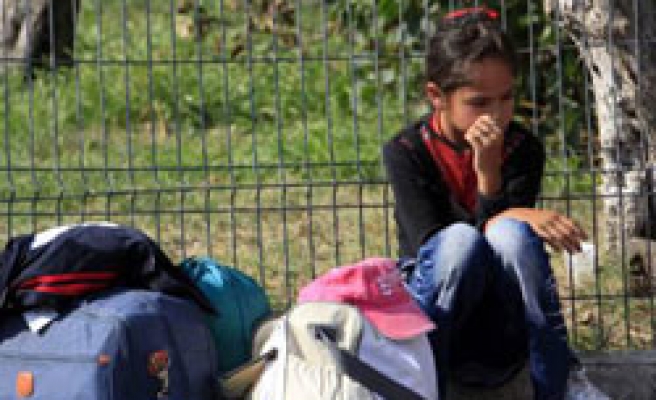 Several churchmen joined the chorus on Sunday criticising President Nicolas Sarkozy's decision to expel dozens of Roma from France, with one priest praying for Sarkozy to be divinely struck by a heart attack.

Father Arthur Hervet of the church of St. Martin Esquermes of Lille in northern of France said he was turning to God because he did not believe those in power have any plans to help the Roma, except deport them.

"I pray, I beg your pardon, that Mr. Sarkozy has a heart attack," said the 71 years-old priest, saying a war was being waged on the Roma community.

Father Hervet said would return his national order of merit medal to Interior Minister Brice Hortefeux as a sign of protest.

France on Thursday began sending back to Romania and Bulgaria, hundreds of Roma in a crackdown on crime and illegal immigration by Sarkozy.

Human rights groups and opposition parties have condemned the move and said the decision could further stigmatise the Roma community. About 200 Roma people were repatriated on Thursday and Friday.

Christophe Dufour, the Archbishop of Aix and Arles, also criticised the crackdown and the dismantling of Roma camps.

"The security discourse seems to suggest that there people who are less acceptable in France," he said in a statement asking for the respect of people's rights and dignity under French law.

Without explicitly referring to the Roma situation in France or Italy, Pope Benedict XVI, speaking from his summer residence of Castel Gandolfo, near Rome, pleaded for goodwill and the acceptance of diversity.

"The scriptures tells us that all men are called to salvation. It is also an invitation to able to accept human diversity, to follow Jesus to bring together men from every nation and every language," he said, addressing French pilgrims during the Angelus prayer.

French Interior Minister Hortefeux has however denied accusations especially from the political left that the Roma community was being target or stigmatised.

He said the government will pursue its objective of dismantling 300 illegal camps in within three months and repatriate 700 Roma.