Anti-racism rallies and a lurch to the political right sees Sweden's immigrant population caught in the middle ahead of next month's general election. 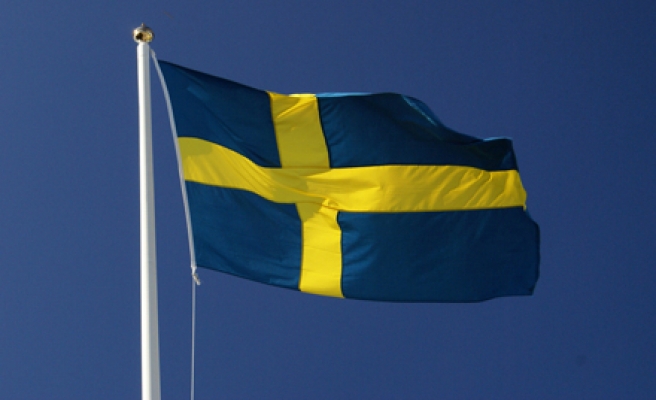 As Sweden prepares to go to the polls next month, ugly clashes at a protest against a neo-Nazi election rally in the south of the country has laid bare divisions over the Scandinavian country’s reputation as a safe haven for asylum seekers and refugees.

Swedish media reported that dozens of people were injured during the demonstration against the far-right ‘Party of the Swedes’ in Malmo, the country’s third-largest city, on Saturday when police vans and mounted officers advanced on protesters.

Rallies against racism in Malmo have been on the rise ever since four people were stabbed on March 8 after a feminist march on International Women’s Day. The Party of the Swedes admitted that some of its members were involved in the attack, the group announced on its website on March 9, but claimed they were acting in self-defense.

Despite many Swedish citizens’ stance against racism, many foreign-born residents say they are worried about rising prejudice against immigrants, as polls suggest another far-right nationalist party, the Sweden Democrats, has nearly doubled its support since the last parliamentary elections in 2010.

Juliet Alptekin, a 28-year-old Turkish immigrant who was raised in Malmo, told Anadolu Agency that even if she speaks fluent Swedish and has adapted to Swedish culture, she feels that she is being categorized as a foreign ‘outsider’.

Alptekin said the reason why far-right parties – like the Party of the Swedes and the Sweden Democrats – are emerging is because there are more Swedes who vote and support them discreetly.

Government agency Statistics Sweden said in a May 2014 report that if Sweden had held elections in May, then the Sweden Democrats – the SD, which wants to cut immigration – would have won 8.1 percent of the vote. This would have made it the third-largest party in Sweden after the Social Democrats (35.3%) and the incumbent center-right Moderate Party (22.7%).

Sarah Nader, a foreign-origin Swedish citizen currently studying for a master’s degree at Uppsala University, told Anadolu Agency that the Moderates’ policies of cutting taxes to create more jobs has caused problems for Sweden as a welfare state.

“Many people are on welfare and when you cut taxes, you also cut money from hospitals and from education in order to sustain welfare,” Nader said. While the Swedish health-care system is mainly government funded, students seeking higher education are able to receive grants from a Swedish Government Agency, called CSN.

“The Moderate Party cut taxes to create more jobs by making it easier for companies to hire more people,” Nader said. “But there are still concerns as to how this affects health, elderly care and retirement.”

Experts claim that one of the reasons behind SD’s increased popularity is its stance against immigration in Sweden, which is known for accepting asylum seekers and having a large foreign population from the Middle East. SD vows heavy cuts to immigration, claiming this would save the Swedish government 151 billion Swedish kronor ($21.9 billion) within four years.

Annika Hamrud, an author and expert on the Sweden Democrats, told Anadolu Agency that the party has reformed itself and removed its nationalist and Nazi ties over the years, resulting in increased votes and support by the public.

By reforming itself and mobilizing public opinion against immigration, the SD has made it possible for people who are against racism to vote for them, says Andreas Johansson Heino, a political scientist and expert on integration at Gothenburg University.

Despite strong anti-racism norms in Sweden, Heino noted there is still prejudice in the Swedish society against Muslims and people from the Middle East, who constitute the largest foreign group in Sweden.

"Prejudice and discrimination against Muslims reflect Swedes' lack of familiarity with other cultures and religions," Heino said.

How the Swedish far-right will perform will be clear after the September 14 election; observers will be watching closely to see if Sweden – like the rest of the continent earlier this year – will see a swing to the right, even in a country famed for its tolerance and liberalism.