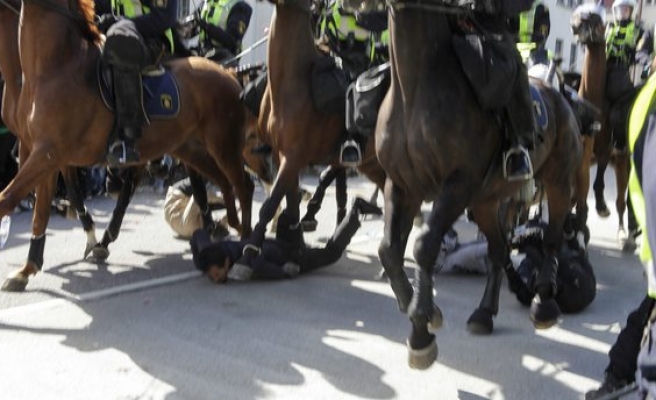 Several people were hurt, one seriously, when mounted police moved in to separate rival sides at a far right demonstration in the Swedish city of Malmo on Saturday, police said.

"A number of people were trampled and one person was seriously injured," Malmo police said in a statement. "We do not know currently how seriously."

Police arrested nine people at the march where supporters of the Party of the Swedes were confronted by a counter demonstration by opponents who consider them neo-Nazis.

Swedes vote in a general election on Sept. 14 with immigration a major issue. Party of the Swedes has too little support to make any impact. A more moderate anti-immigration party, the Sweden Democrats, is polling at around 10 percent.