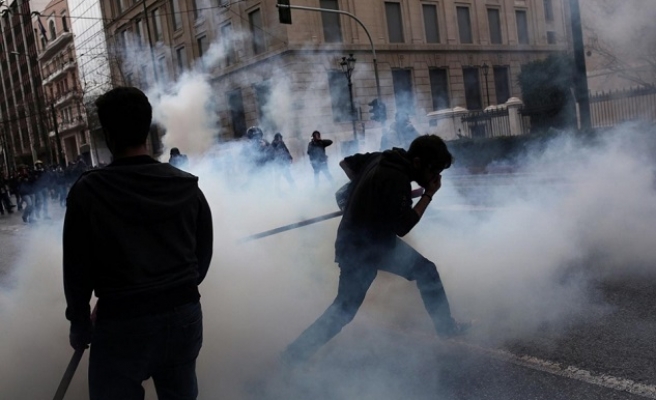 Police in Athens have used tear gas Friday to disperse a rally of farmers protesting against pension austerity measures as they were pelting the Agriculture Ministry with stones. A larger protest demonstration is due to start later Friday.

Prime Minister Alexis Tsipras's government plans to raise pension contributions and taxes to deal with Greece's budget deficit. Farmers form across the country flocked to the capital to voice their outrage at the new austerity measures.

About 800 farmers from Crete clashed with police guarding the entrance to the Agriculture Ministry. They smashed windows with stones before the police pushed them away.

"The farmers attempted to push the police in front of the ministry's entrance. The police used tear gas to stop them," a police official said.