Putin warned against "meddling in the affairs of sovereign states, blackmail and threats in international relations". 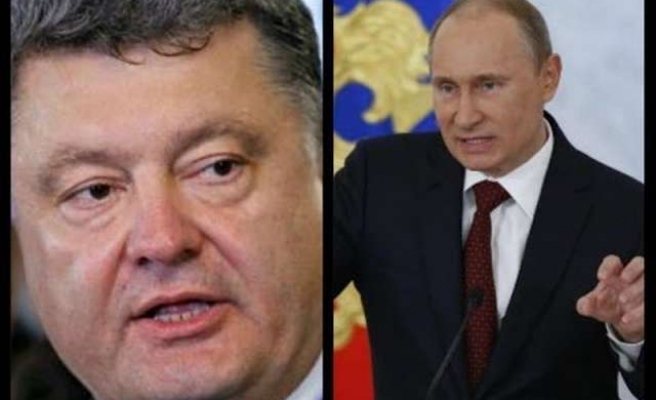 Russian President Vladimir Putin said on Tuesday he and European Union states had tried unsuccessfully to persuade Kiev to extend a ceasefire in east Ukraine, and the Ukrainian president had veered off the road to peace.

"Unfortunately President Poroshenko took the decision to restart military operations and we - I mean myself and my European colleagues - could not convince him that the road to stable, strong and long-lasting peace does not lie through war," Putin told Russian ambassadors gathered in Moscow.

"Up until now (Poroshenko) was not directly linked to the order to start military operations but now he has taken on this responsibility fully, not only militarily but also politically."

Putin presented himself as having been on the same side as Merkel and Hollande over the ceasefire during their four-way telephone conversations with Poroshenko on Sunday and Monday.

He has, however, often been at odds with the EU and the United States over Ukraine in the past few months and Western leaders have accused him of blocking peace moves as well as imposing sanctions on Russia over its role in Ukraine.

Although he did not mention the United States directly, Putin warned against "meddling in the affairs of sovereign states, blackmail and threats in international relations".

"We need some kind of insurance net around all of Europe so that the Iraqi, Libyan, Syrian - and unfortunately we have to mention the Ukrainian - scenarios do not become a contagious disease," he said.

Putin also criticised Ukraine over its stance in negotiations on the price it pays for Russian natural gas.

He accused Kiev of resorting to blackmail in the negotiations and said Kiev had demanded a "totally unjustified" price cut for the gas. Putin added that "conscientious" consumers and suppliers should not suffer from "the actions of Ukrainian politicians".

Russia cut off gas supplies to Ukraine last month after it missed a deadline to pay back $1.95 billion of what it owes Moscow for gas.