A prominent Russian millionaire with high-level ties to the Kremlin has been found dead inside a Washington hotel. 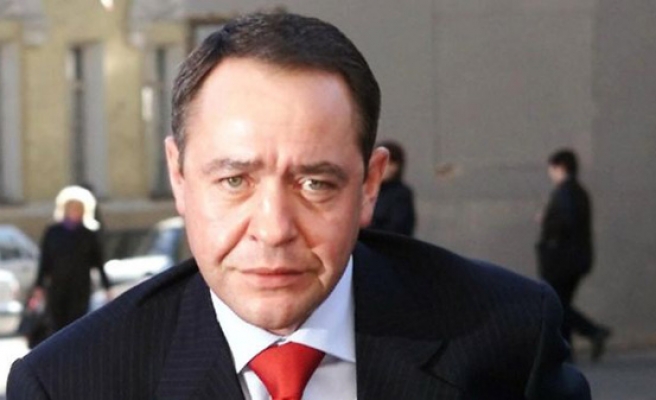 A wealthy Russian close to President Vladimir Putin has been found dead in a Washington hotel, ABC News reported.

Mikhail Lesin, the Russian government's former head of media affairs, was found in the Dupont Circle Hotel on Thursday, the TV network said, quoting a Russian and a US official.

Washington police would not confirm the death of Lesin, saying only that they were investigating the death of someone on the block where the hotel is located in a fashionable area of Washington.

Lesin has been accused of limiting press freedom in Russia, ABC said.

US officials notified the Russian Embassy of Lesin's death and authorities from both countries are trying to determine the circumstances.

Lesin is credited with creating Russia Today, an English-language news network backed by the Russian government.

He served as Russia's Minister of Press, Television and Radio from 1999 to 2004. In 2013, he became head of Gazprom-Media Holding, a state-controlled media giant. Lesin resigned the next year citing family reasons, ABC said.

Republican Senator Robin Wicker of Mississippi called for a probe last year of Lesin on suspicion of money laundering and corruption, ABC said.

He allegedly amassed millions of dollars in assets in Europe and the United States while working for the government, including $28 million in real estate in Los Angeles.

"That a Russian public servant could have amassed the considerable funds required to acquire and maintain these assets in Europe and the United States raises serious questions," Wicker wrote, according to ABC.

It added that it is unclear if the FBI ever began a probe.