Putin, Berlusconi meet up in Crimea 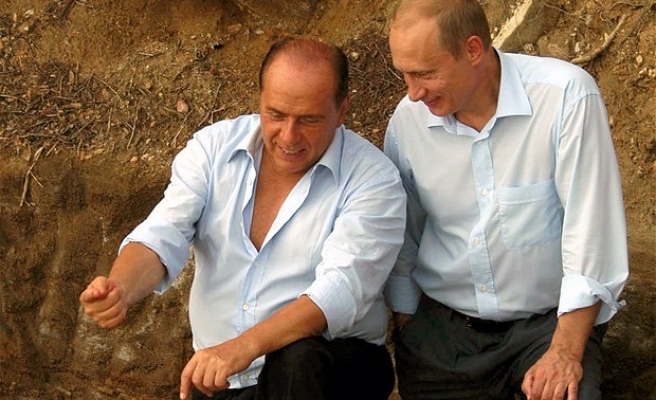 Putin and Italy's disgraced former prime minister, who the Russian strongman counts among his close friends, visited an Italian war cemetery near the Black Sea port of Sevastopol, a spokeswoman for Crimea's regional leader said.

The cemetery became the final resting place for many Italian soldiers who perished in the 1853-1856 Crimean War which involved armed forces from the Italian kingdom of Sardinia.

Berlusconi, who has repeatedly praised Putin's leadership in the past, is in Russia on a private visit expected to last until Sunday.

Putin and Berlusconi are longstanding friends who vacationed together in the past.

During a visit by Putin to Rome this June, the media tycoon pledged his Forza Italia party would work to lift Western sanctions on Russia over the Ukraine crisis.