Putin: Saudi king's visit to give 'impetus' to ties 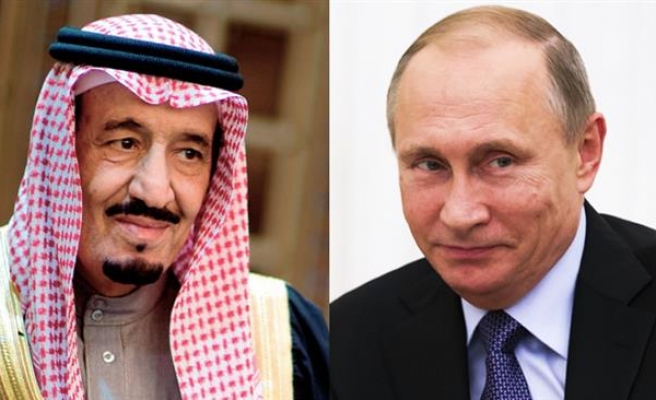 The Saudi king's visit to Moscow will contribute to the development of bilateral ties, Russian President Vladimir Putin said Thursday.

"This is the first visit of the king of Saudi Arabia to Russia in the history of our relations, and this in itself is a landmark event," Putin said, according to a Kremlin statement.

Putin said the bilateral relations had a "fairly lengthy" history and added that the Soviet Union was the first state that recognized the newly established kingdom in 1926.

"I am confident that your visit will serve as a good impetus for the development of our intergovernmental relations," he added.

King Salman said Saudi Arabia was seeking to strengthen bilateral relations for the sake of peace and security and in the interest of the development of global economy.

During his four-day trip, the king and Putin are expected to discuss the global oil market and the situation in the Middle East. Several investment deals are expected to be negotiated.