Putin says claims of Russian meddling in US vote 'fantasies'

The Trump administration has been roiled by claims that Moscow helped the billionaire into the White House, with key former aides under a US investigation for alleged collaboration with the Kremlin. 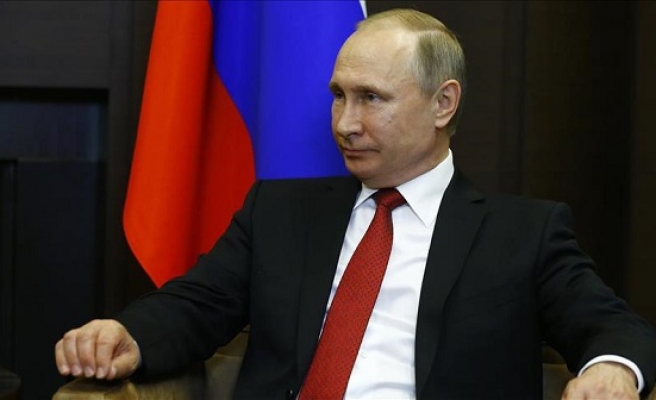 Russian President Vladimir Putin on Saturday said accusations that Moscow meddled in US elections, particularly through contacts with Donald Trump's campaign team, are "fantasies" and attempts to undermine the US presidency.

The Trump administration has been roiled by claims that Moscow helped the billionaire into the White House, with key former aides under a US investigation for alleged collaboration with the Kremlin.

"Everything about the so-called Russian dossier in the US is a manifestation of continuing domestic political struggle," Putin told journalists at the Asia-Pacific summit in Vietnam.

"Of course I'm aware," he said when asked if he follows the mounting probe concerning contacts between Trump's team members and Russians, including a woman who claimed to be Putin's niece.

"Regarding some sort of connections of my relatives with members of the administration or some officials, I only found out about that yesterday from (spokesman Dmitry) Peskov," he said.

"I don't know anything about it," he said. "I think these are some sort of fantasies."

He added that US Commerce Secretary Wilbur Ross's Russia connections could be explained by his business interests. "I think he did business before... he signed contracts, perhaps with Russian companies too," Putin said. "That has nothing to do with politics."

The contacts of Trump's one-time campaign chairman Paul Manafort were also harmless, according to Putin, who said he was only a "head of a PR agency."

"This is empty chatter and wish to use any pretext to undermine the current president," Putin resumed.