Russian president urges security services to 'to do everything to thwart the activities... aimed at driving a wedge in our (Russian) society' 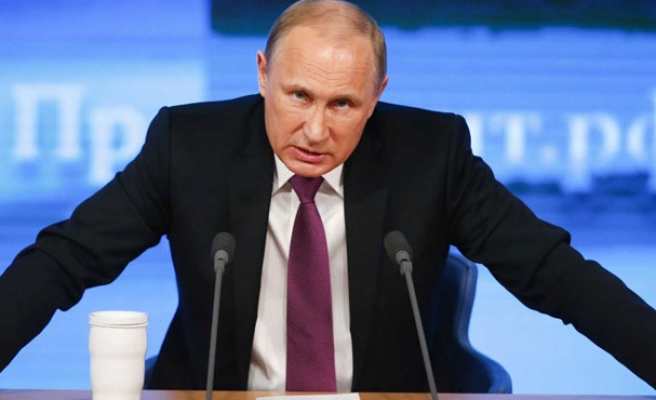 In September, the country will hold parliamentary elections but critics fear that the vote will once again be manipulated by the Kremlin and few opposition candidates will be allowed to run.

Speaking to the FSB security service, Putin said he knew from the documents he had in his possession that "unfortunately our foreign enemies are, too, preparing for these elections."

"That is why everyone should know that we will work to persistently protect our interests, in accordance with the law," the Kremlin strongman said.

He added that foreign intelligence services had become more active in Russia last year, saying that 400 foreign spies and agents had been exposed and 23 of them had been prosecuted.

"It is of course necessary to stop any outside attempts to intervene in the elections, our domestic political life," he said.

"It is the job of the FSB and other agencies to do everything to thwart the activities of those who are trying or may try to use nationalistic, xenophobic, and radical slogans aimed at driving a wedge in our society," Putin said, according to a text released by the Kremlin.

The upcoming legislative elections will be held amid an economic crisis exacerbated by falling oil prices and Western sanctions over Ukraine.

Analysts say that despite murmurs of discontent and emerging protests over wage arrears and other financial troubles, the Kremlin-controlled ruling party the United Russia is expected to win the polls.

Major protests broke out in Moscow after previous parliamentary elections in 2011 following claims of widespread fraud.

Putin has blamed Hillary Clinton, the U.S. secretary of state at the time, for inciting the protests.