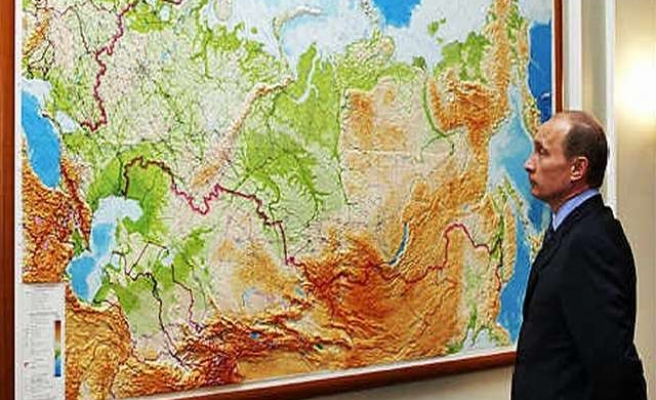 Russia should boost its arms exports to help the industry upgrade and add more high-end jobs to the labour market, President Vladimir Putin was quoted as saying on Monday.

Russia is the focus of military tensions with the West over its annexation of Crimea from Ukraine. It has also been a long-standing arms supplier to Syria and ally of President Bashar al-Assad, who opposition forces are seeking to oust.

"It is important to... strengthen Russia's presence on global arms markets," RIA news agency quoted Putin as telling a meeting on military cooperation with foreign countries.

"Beyond doubt, this should help national defence industries to plan for an expansion and update of production, (and) create new quality jobs."

Russia is already the world's top arms exporter and sold some $15.7 billion worth of weapons abroad - primarily guns, missiles and fighter jets - in 2013.

Other leading buyers of Russian arms include India, China and Venezuela.

Russia is also modernising its own armed forces and has showcased their new face in the small mobile units that helped seize Crimea earlier this year, prompting the West to slap sanctions on Moscow.

Uncertainty over Russia's military ambitions has led to unease among foreign investors, who have been pulling funds out of the country, in turn damaging a once vibrant economy.

The economy ministry expects gross domestic product growth to slow sharply to just 0.4 percent this year, though its minister, Alexei Ulyukayev, has said this forecast may be raised.

Net capital outflows from the country may reach around $80 billion in the first half of the year, Interfax news agency cited Ulyukayev as saying.

Moscow has also stepped up the frequency of unannounced military drills in recent months and Putin has said that practice would continue to keep his army combat-ready.

He also called for further efforts to replace defence industry imports - including from Ukraine - with Russia's own production in an effort to make the country's defence industry self-sufficient.

Russian arms exports in the first half of 2014 reached $5.6 billion, Putin was quoted as saying.