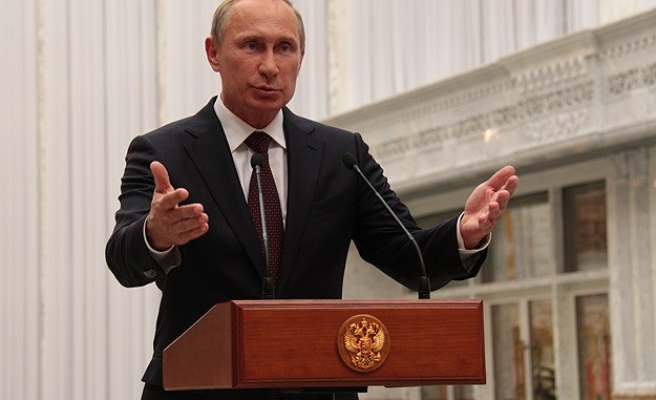 Occupying the higher ground, Putin said that despite the difficult conditions, Russia would have an independent and strong economy, one with a healthy balance sheet that would have no need to restrict the movement of capital.

"We truly want a country that is strong, flourishing, free and open to the world," he told the VTB Russia Calling investment conference.

He reiterated the importance of developing ties with Russia's partners to the east, congratulating companies which had already done deals with Chinese companies and said Russia would aim to shift to national currencies in trade.

Paying little attention to the sliding fortunes of Russia's weakening economy, Putin listed Russia's budget triumphs and the growth rates in the industrial and agricultural sectors.

"Our task is to bring about an industrial breakthrough, to create strong national companies in manufacturing sectors that are able to produce competitive products," he said.

He said the government was prepared to support sectors and companies that have been hit by the sanctions, imposed over the Ukraine crisis, adding: "This would include helping them raise capital. First and foremost, I mean financial institutions."