"We know about the pressure that our American partners are putting on France to stop the sale of Mistrals to Russia," Putin told Russian ambassadors 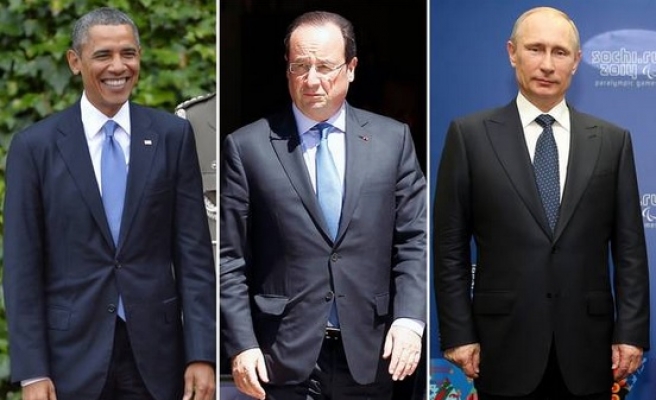 President Vladimir Putin accused the United States on Tuesday of using fines against French banks to "blackmail" Paris into calling off its sale of Mistral warships to Russia as punishment for Moscow's role in the conflict in Ukraine.

U.S. authorities imposed a record fine of almost $9 billion against French bank BNP Paribas, which pleaded guilty on Tuesday to criminal charges following accusations that it had violated U.S. sanctions against Sudan, Cuba and Iran.

"We know about the pressure that our American partners are putting on France to stop the sale of Mistrals to Russia," Putin told Russian ambassadors gathered in Moscow.

"We know they have hinted that if the French do not deliver the Mistrals then they would quietly lift the sanctions on the banks, or at least minimise them," he said, without naming PNB Paribas. "What is this, if not blackmail?"

Despite pressure from Washington to halt supply of military hardware to Moscow in the wake of its annexation of Ukraine's Crimea region, France is pressing ahead with the 1.2 billion-euro ($1.66 billion) deal to sell the Mistral helicopter carriers.

Moscow hailed that decision as a sign of the lack of will in Europe to fall in line with what Putin has described as a U.S.-led campaign to weaken Russia and subvert its influence in its near abroad, post-Soviet neighbouring states.