Moscow has sent top investigator to Yerevan to work on case of Russian conscript accused of murdering seven people. 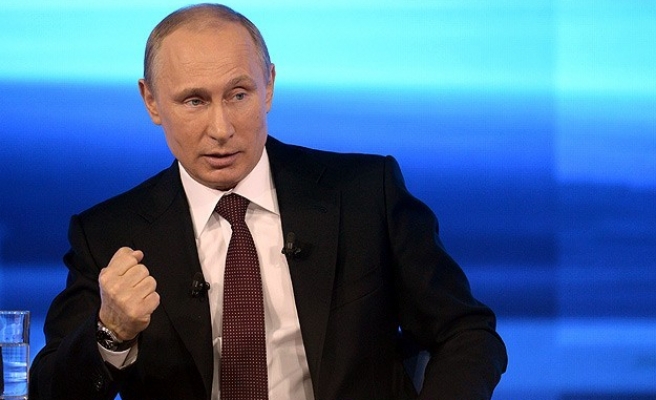 World Bulletin / News Desk
President Vladimir Putin has intervened in the case of a Russian conscript accused of murdering a family of seven in Armenia.

A Russian official revealed on Tuesday that Putin had sent investigative committee chairman Alexander Bastrykin to the Armenian capital Yerevan to coordinate a joint investigation into the killings, which have rocked the former Soviet state.

Russian conscript Valeri Permyakov is alleged to have confessed to killing a family of seven in Armenia’s second city of Gyumri on 12 January.

Investigative committee representative Vladimir Markin said in an official statement on Tuesday that the trial would take place entirely on Armenian territory with the accused facing criminal charges from both countries.

“The Russian president instructed Mr. Bastrykin to work in close cooperation with law-enforcement bodies in Armenia for a maximum impartial and full investigation," Markin said.

Permyakov is to be charged with the "murder of two or more people" and "desertion carrying a gun issued for service."

Permyakov disappeared from a Russian military base in Armenia with his weapon on Jan. 12.

Six members of the Avetisyan family were found shot dead in their home the same day, with the only survivor being Seryozha, a six-month-old infant who had also suffered gunshot wounds.

Permyakov was detained by guards on the Turkish-Armenian border on Jan. 12, and later reportedly confessed to the crimes.

The suspect told investigators that he had gone into the house "to get something to drink".

Outrage over the killings led to days of protests in Gyumri and Yerevan.