Putin to be included in Russian history school books

Russia’s president Vladimir Putin is on the verge of being entered into Russian history school books. He will occupy a special section in the new history curriculum. 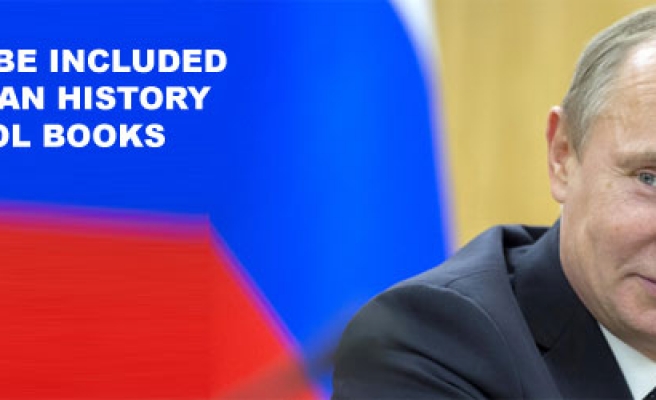 Russia’s president Vladimir Putin is on the verge of being entered into Russian history school books. He will occupy a special section in the new history curriculum.

According to the Izvestia newspaper, Russia’s Ministry of Education will reveal the new history books sometime next week, which does not just include the Perestrokya (1985-1991) and post-Perestrokya (1991-2000) periods, but also the era between the years 2000 to 2012. The newspaper states, ‘after a long period of consultation, it has been agreed that the new books should include the period up until the last elections. This has stirred much debate, but in the end it has been decided that nothing about this goes beyond worldwide applications.’

The Kremlin has said that Putin has not asked for the books to write about him, as he believes it is still too early to make an assessment about his leadership. His media spokesman Dmitri Peskov has stated that ‘ Vladimir Vladimiroviç does not want to interfere with the work of teachers and experts. The content of these books and whether or not they will contain information about the present leader is a decision that will be left to the professionals.’

In June Russia’s Minister of Culture Vladimir Medinski claimed that rumors about Vladimir Putin being added to the history curriculum were not true.