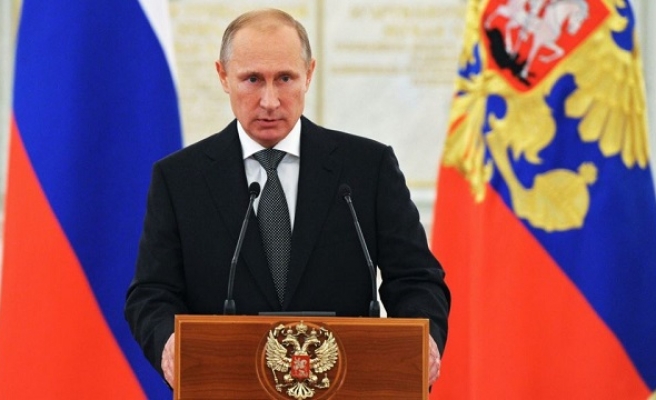 Russian President Vladimir Putin is the most powerful person in the world, beating out U.S. President Barack Obama and German Chancellor Angela Merkel, according to rankings released Wednesday.

The Russian president has remained the most powerful person for the third year running.

The past 12 months have been a tour de force for Russia’s foreign policy with Moscow annexing the Crimean Peninsula, supporting insurgents in eastern Ukraine, and launching an air campaign in Syria in support of the country’s besieged president, and key Russian ally, Bashar al-Assad.

But Russia’s actions in Ukraine have not been without consequence. The West, led by the U.S. and EU, has levied severe sanctions on Russia, which, coupled with a staggering fall in the price of oil, has crippled the country’s economy.

That has not deterred Putin, nor has it brought about any meaningful signs that he would acquiesce to international concerns.

“Putin continues to prove he’s one of the few men in the world powerful enough to do what he wants -- and get away with it,” wrote Forbes’ David Ewalt.

The most powerful woman in the world, according to Forbes’ estimate, Merkel took second place, rising three spots from last year. Forbes described her as “the backbone” of the EU.

“As Obama enters the final year of his presidency, it’s clear his influence is shrinking, and it’s a bigger struggle than ever to get things done,” the magazine wrote.

Pope Francis wasn’t far behind, taking the number four spot behind his fellow heads of state.

Forbes’ Most Powerful People of 2015 is an annual ranking of leading executives, political leaders, and philanthropists that takes into account their financial resources, power over others, extent of their sway, and how frequently they use their power.