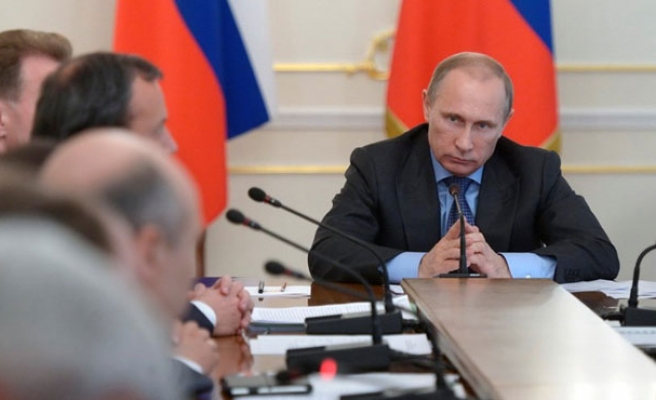 Putin said in an address to students of St. Petersburg's National Mineral Resources University on Monday: "We often say, 'the Ukrainian army, the Ukrainian army.' In fact, who is fighting who there?

"There really are official units of the armed forces, but largely there are so-called 'nationalist volunteer battalions'."

"There's a very different purpose, connected with the deterrence of Russian geopolitical goals, which does not coincide with the national interests of the Ukrainian people."

NATO chief Jens Stoltenberg denied Putin's allegations at the alliance’s headquarters in Brussels, saying: ''The statement that there is a NATO legion in Ukraine is nonsense. There is no NATO legion.

''We call on Russia to stop its support for the separatists immediately, to stop destabilizing Ukraine and to respect its international commitments,'' Stoltenberg said.

Fighting again broke out in eastern Ukraine between government forces loyal to Kiev and pro-Russian separatists in the eastern part of the country on Jan. 13.

Twenty people were killed and 75 wounded in a rocket attack on the government-held city of Mariupol, according to an OSCE report published on Monday, which also claimed the rocket attack came from separatist-held territory.

Since the conflict broke out in April of last year, more than 5,000 people have been killed according to the UN.