Giving his final speech in court on Thursday, he reiterated his claim that the case was "absurd" and a "monstrous and cruel provocation". 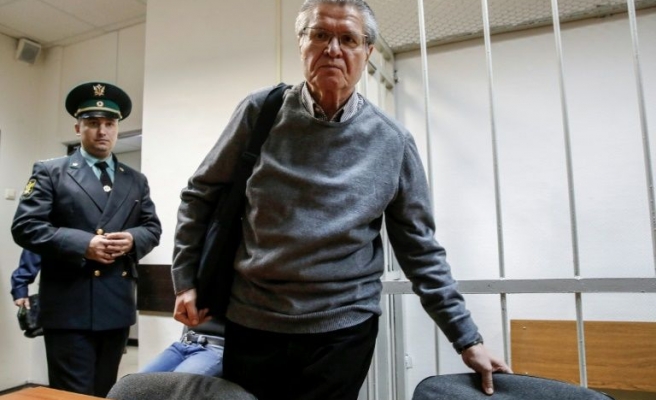 Alexei Ulyukayev, a former Russian economy minister who faces 10 years in prison on bribery charges, insisted on his innocence Thursday while asking Russians to forgive him for ignoring the injustices of Russia's political system.

A top cabinet member in Putin's government, Ulyukayev is the highest-ranking official arrested during Vladimir Putin's 18 years in power.

He is accused of receiving a $2 million bribe from Igor Sechin, chief executive of the state oil giant Rosneft, who is considered the second most powerful man in Russia.

A judge is expected to deliver the verdict in his trial on December 15.

Ulyukayev, who is under house arrest, voiced his regret that he had not paid enough attention to the plight of ordinary Russians while in office.

"I am guilty of too often agreeing to compromise, of choosing the easy way, and all too often preferred my career and prosperity to standing up for principles," he said.

"It's only when you yourself face misfortune that you come to realise how hard people's lives are, what injustices they encounter."

"But when everything is good you shamefully turn away from people's grief. Forgive me for that, people. I am to blame towards you."

He appeared calm but regularly wiped his forehead with a handkerchief.

He compared Sechin -- who has refused to appear in court despite being repeatedly summoned -- to the devil, and expressed his amazement that Sechin had effectively "disappeared into thin air".

"Only the smell of sulphur has remained in the air," he said.

Prosecutor Boris Neporozhny called earlier this week for Ulyukayev to serve a 10-year sentence in a "harsh regime" penal colony and pay a fine of 500 million rubles ($8.5 million).

It would be the harshest punishment ever for a top official in modern Russia.

Ulyukayev, 61, said that he might not survive a decade in prison but said that "history will vindicate me".

He was arrested last year while still a minister, allegedly caught red-handed in a sting operation supervised by the FSB security service in which Sechin handed him a bag of dollars.

According to the prosecution, Ulyukayev asked for a $2 million bribe to approve Rosneft's acquisition of a stake in Bashneft, another state-run oil company.

Ulyukayev's arrest stunned the country's elites, with Putin eventually sacking him from the post he had held since 2013.

Investors are watching the case for signs of Russia's future direction as Putin is widely expected to run for re-election in a March election, which would extend his rule until 2024.