A statement signed by 27 members of the advisory body reflected deep concern among Russian liberals at the prospect of Kremlin aggression against Russia's neighbour. 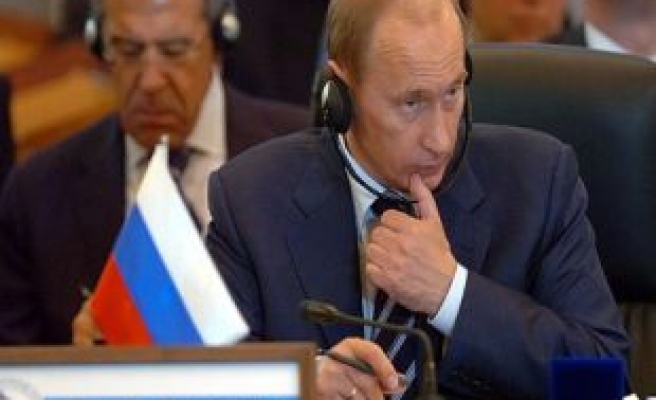 Members of President Vladimir Putin's human rights council urged him on Sunday not to invade Ukraine, saying threats faced by Russians there were far from severe enough to warrant sending in troops.

A statement signed by 27 members of the advisory body reflected deep concern among Russian liberals at the prospect of Kremlin aggression against Russia's neighbour.

Putin stunned the world and sparked outrage in the West by securing parliament's consent on Saturday to send armed forces into Ukraine to protect Russian citizens who the Kremlin says are under threat from militant supporters of the government installed after the pro-Russian president Viktor Yanukovich was toppled.

Those concerns are overblown, members of the Presidential Council on the Development of Civil Society and Human Rights said in the statement.

"True, there are known cases of lawlessness and violence carried out by representatives of various political forces," it said.

"But the use of external military force, linked with the violation of the sovereignty of a neighbouring state and contradicting Russia's international obligations, is completely inappropriate to the scale of the violations, in our opinion."

It said that while Russian lawmakers had cited injuries and deaths in Ukraine's Crimea region - already under the control of pro-Russian forces - as evidence of the need to authorise the use of military force, none had occurred there in the last two days.

Saying that the authorisation had placed Russia and Ukraine "on the threshold of war", it warned: "The use of the armed forces is always fraught with escalation of violence and larger-scale human rights violations."

Putin has often ignored the advice of the council, which critics of the Kremlin say he uses to create a veneer of democracy and debate and concern for rights. Three of its members issued a statement disagreeing with their colleagues.

Even as officials and lawmakers restated their case for potentially sending in the army, saying violent nationalists encouraged by the West were on the prowl in Ukraine, there were signs that ordinary Russians might worry about the consequences of war with what Putin calls a "brother nation".

"I am certain that nobody in Russia wants war," Deputy Foreign Minister Grigory Karasin said on a popular late-night talk show on state television. "We are against such terminology being used to discuss relations with Ukraine, which is close to us."

However, he repeated Putin's warning that Russia would protect its citizens and Russian-speakers in Ukraine.

Pro-Kremlin lawmaker Leonid Slutsky, also in televised comments, said he wanted to "explain to everyone ... that there will not be a war as such. ... We do not intend to fight against our brother nation Ukraine."