Three masked gunmen armed with knives and a meat cleaver threatened a family in Salford Manchester. The crime is now being investigated as a race crime. 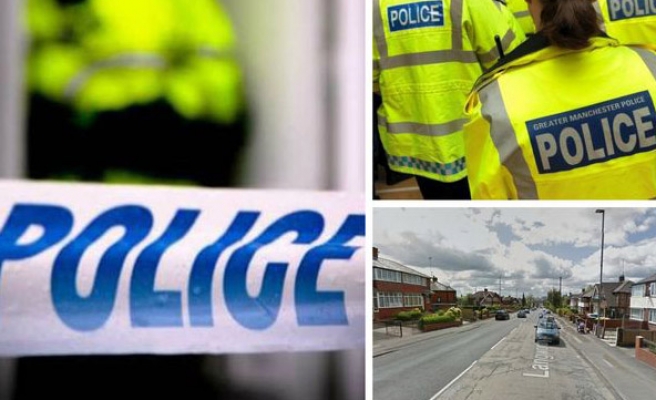 Masked gunmen in Manchester UK have broken into the home of an Asian family and screamed: “We are going to kill you. Isis scum.” reports Manchester Evening News.

The gang smashed the patio windows of the Salford home around 10pm on Wednesday night by three mask wearing men who were armed with a meat cleaver and a knife. Nothing had been taken

After the terrifying incident the family went to stay with relatives elsewhere in Greater Manchester.

Greater Manchester Police are treating it as a targeted attack.

In a statement the GMP said:"Shortly before 10pm on Wednesday 3 February 2015 police were called to reports of a break-in at a home on Fairbrook Drive in Langworthy, Salford.

"Officers attended and found that three men had smashed through the rear doors armed with a gun, a meat cleaver and a knife and threatened and racially abused the three occupants.

"No one was injured and nothing was stolen."

Detective Sergeant Ben Cottam from GMP's Salford Division said: "This was an incredibly distressing incident for the victims. We have specialist support officers working with them through this stressful time and we will try to establish what happened.

"This is being treated as a racially motivated hate crime.

"We are appealing to anyone who may have seen anything or have any information to get in touch with police on 101, or the the independent charity Crimestoppers, anonymously, on 0800 555 111."

Local ward councillor, John Warmisham, said: “This is an appalling incident and will not be tolerated in Salford.

“It appears it was purely a nasty racist attack – but at a level I have never heard of before.

“Apparently the family have been targeted for racial abuse before.”

Coun Warmisham added: “There are not that many Asian families in the Langworthy ward, but we do have a number of Arab and foreign students who live in area while attending Salford University.

“I would urge anyone who has information to contact the police.”