A Russian man is filmed attacking a Chinese victim in the Spanish city of Barcelona. 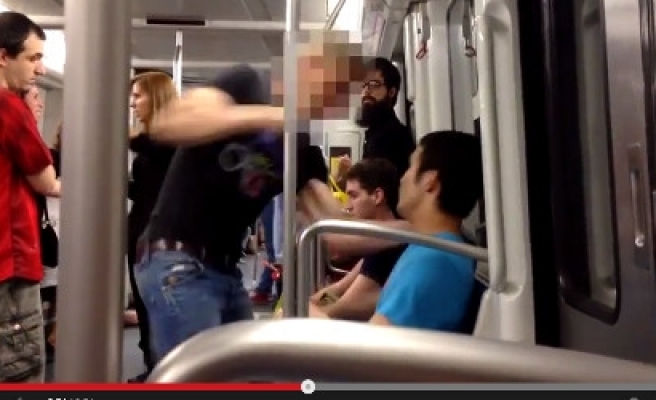 A video filmed by a bystander late on Saturday night captured a racist attack by a Russian man on a Chinese victim in the Spanish city of Barcelona.

The body language of the attacker, whose face was pixelated by the video-taker, suggests the two men were talking heatedly before he began punching the Chinese man sitting down.

The video originally appeared on a Twitter account which was taken down. The video contained Nazi imagery and the slogan "Always a patriot, white Europe", the Huffington Post reported.

"The Chinese guy insulted us and the Russian made him shut up," the Twitter user wrote.

A left-wing Catalan politician, David Fernàndez, is appealing to people to help identify the attacker after video footage of the incident was provided to police.

The attacker was said to be identified on Monday, La Vanguardia reported, and the victim has also come forward.