RAF Typhoon fighters were scrambled to escort two Russian Bear bombers spotted in international airspace off the coast of Cornwall, the British Ministry of Defence has said. 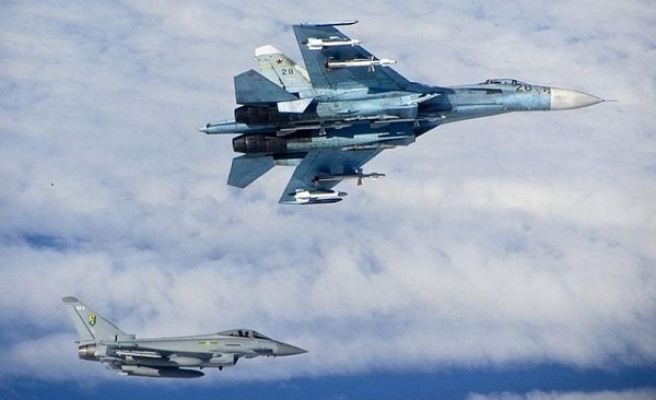 Britain said on Thursday it had scrambled Typhoon fighter jets to see two Russian long-range Bear bombers off the south coast of England the previous day, the second such incident in as many months.

The Ministry of Defence (MoD) said the latest incident, which is likely to further worsen already poor relations between Britain and Russia, happened on Wednesday evening.

"The Russian planes were escorted by the RAF (Royal Air Force) until they were out of the UK area of interest. At no time did the Russian military aircraft cross into UK sovereign airspace," the MoD said in a statement.

NATO intercepts of Russian aircraft have increased over the last year amid heightened tensions between the West and Moscow over the Ukraine crisis. On Thursday, British Defence Secretary Michael Fallon said Russian President Vladimir Putin posed a "real and present" danger to the Baltic states.