The "fake news" phenomenon broke out amid the 2016 US presidential election and blew up when Donald Trump, during his first press conference on January 11 as then president-elect, shouted at a CNN reporter: "You are fake news!" 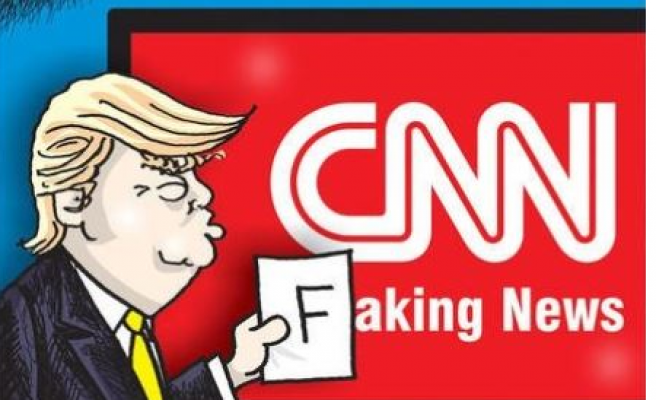 Swedish and Norwegian newspapers on Friday said they would refrain from the tradition of publishing April Fools' Day jokes this year over fears that it might spread "fake news".

Magnus Karlsson, editor-in-chief at the daily Smalandsposten said on its website that he doesn't want the newspaper's brand "to be spread with a potentially viral and erroneous story".

Sweden was a victim of "fake news" when Fox News in February interviewed a "security and defence expert" who turned out to have criminal convictions in the US and no connections to the Scandinavian nation's security services, Swedish daily Dagens Nyheter reported.

"Historically, we've had super successful April Fools jokes. But because of debates and discussions about the media's credibility being connected to fake news, we didn't want to do it this year," Ingvar Naslund, editor-in-chief at Vasterbottens-Kuriren told TT.

Erik Berger, editor-in-chief at the daily Jonkopings-Posten told AFP that his newspaper would "write in (Saturday's) edition" about why they won't publish such jokes.

In neighbouring Norway, the largest media organisations such as public broadcaster NRK, newspaper Aftenposten, VG and Dagbladet have also abandoned this old tradition.

Oyulf Hjertenes, editor at the local daily Bergens Tidende, told NRK that in a climate where "false news is spreading, it would be a mistake on our part" to publish jokes on April 1.