One of the senior officials of the Muslim Brotherhood Ashraf Abdul Ghaffar said “the bloody process has continued since 3rd July and the situation gets worse day by day..." 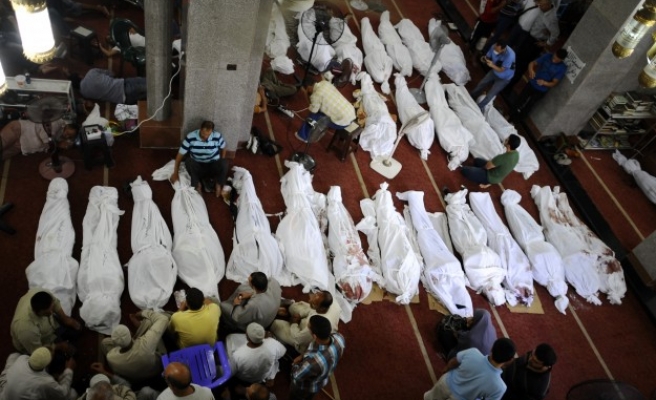 The Egyptian caretaker government which has ruled the country since the coup d’etat on 3rd July has again conducted a massacre over the weekend after security officials fired on protestors. The demonstrations staged against the coup d’etat which ousted the country’s first elected president, Mohammed Morsi, have been the main target for the Egyptian military.

Elaborating the military’s cruel response to the protestors, in an exclusive interview to TRT Turk, one of the senior officials of the Muslim Brotherhood Ashraf Abdul Ghaffar said “the bloody process has continued since 3rd July and the situation gets worse day by day. Regardless of the harsh response, the Egyptian people who fight for their freedoms are determined to struggle unswervingly for their cause”.

“The Ministry of Health announced that more than 50 civilians lost their lives in the clashes. But the ministry is under the control of the military administration. I predict the figure much higher. An unarmed 19 year-old girl was shot dead. She was surely not a terrorist. They killed the civilians who opposed the military intervention. What happened in Egypt is very upsetting for us. Nevertheless, this will not stop us. We continue to work to turn back the 2011 revolution,” he said.

Underlining the military’s lawless actions, Abdul Ghaffar stated “they carried out raids on homes without any explanation or legal permission and detained whoever they desired. There is no crime committed by the detainees; they do not explain the allegations. The reasonable period of detention is relatively longer and they do not declare how long the detainees remain in detention.

Despite the unpromising situation of the Egyptian economy, the military administration decided to build new prisons, a senior Muslim Brotherhood official said. “They spent one million dollars for the construction of new prisons. They are of the opinion that each individual who stands against the military should be arrested for the success of the coup d’etat. It difficult for us to foresee what will happen in Egypt. Security officials, be they police of soldiers, may put the responsibility of crimes on the opponents’ shoulder.” Abdulgaffar noted.