Kiev military said government positions had been fired on 112 times by rebels in the past 24 hours. 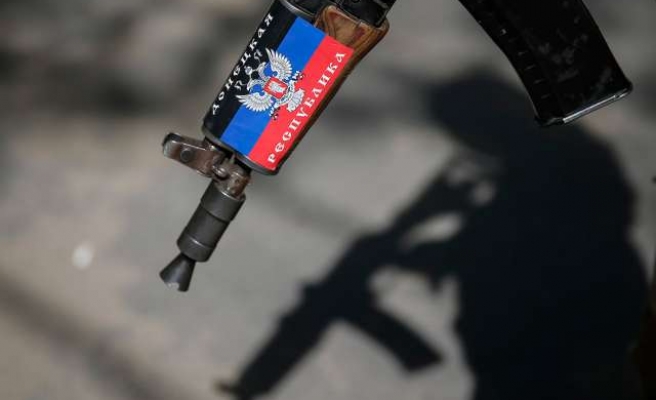 Separatists are keeping up attacks on the strategic railway junction of Debaltseve despite a ceasefire in eastern Ukraine, a Kiev military spokesman said on Monday, and witnesses reported heavy shelling in the area.

"The illegal armed groups are not supporting the ceasefire," military spokesman Anatoly Stelmakh told reporters, adding that the Russian-backed rebels were using Grad rockets and tanks to attack government forces holding the town.

"The number of attacks on Debaltseve has even increased in comparison to previous days and they are using all types of weapons," he said. "The terrorists have been given the order to take Debaltseve at all cost."

A Reuters correspondent at Vuhlehirsk, about 10 km (some six miles) to the west of Debaltseve, reported heavy shelling from the direction of the town, with blasts around every 10 seconds.

Government forces had fired only when coming under attack, Stelmakh said.

Meanwhile, four Ukrainian soldiers have been killed in attacks by separatists since a ceasefire came into force at midnight on Saturday, a Kiev military source said on Monday.

A further 21 Ukrainian soldiers have been wounded, the source told Reuters.

Underscoring the fragility of the ceasefire, which was negotiated by Ukraine, Russia, Germany and France last week and which came into force at midnight on Sunday, the Kiev military said government positions had been fired on 112 times by rebels in the past 24 hours.