Record-setting heatwave that that has already ruined crops caused fires that set the area around the capital ablaze. 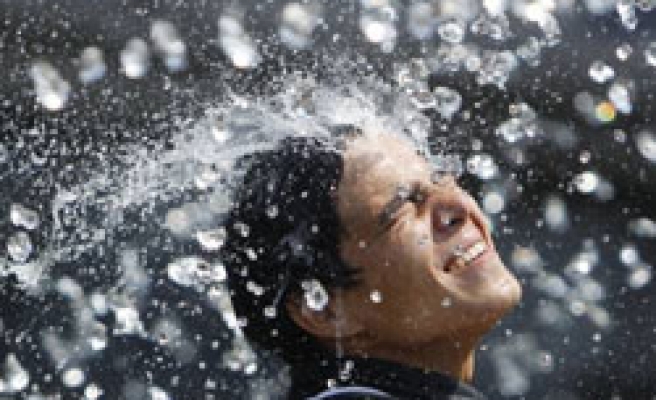 Muscovites struggled to breathe on Monday and Red Square was blanketed in smoke as a record-setting heatwave that that has already ruined crops caused fires that set the area around the capital ablaze.

State-run RIA news agency said airports serving Moscow, a city of 14 million, had been unaffected by the thick smoke, whose sharp, cinder-filled smell permeated the city and crept into offices, homes and restaurants via windows and doors. "This is awful. It is going to damage people's health," said telephone engineer Davit Manukov, 25, standing by the Kremlin where black clouds of smoke enveloped its golden onion domes.

The emergency ministry said it was the worst such attack since a smog outbreak in 2002, which was also a result of smoke from fires caused by hot weather.

"The ecological situation in Moscow has become unfavourable," its chief specialist Alexei Popikov said by telephone, adding it would last several days.

The elderly and those suffering from heart disease should try avoid contact with the smog, Popikov said, adding that the levels of carbon monoxide and nitrogen oxide were high.

The emergency ministry appealed to residents and holiday-makers to stay away from forests on Monday, saying it was unsafe.

Last Thursday temperatures in the capital hit 35 degrees Celsius (95 degrees Fahrenheit) for the first time since 1981 as a heatwave that has destroyed Russian crops over an area the size of Portugal showed no sign of abating.