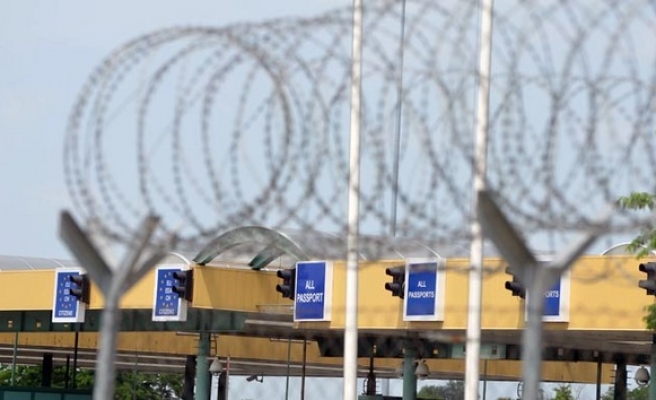 A record number of refugees streamed into EU member state Hungary from Serbia on Monday, police said, just days before Hungary completes a border fence to keep out migrants.

A total of 2,093 migrants, the highest ever daily total, crossed the border near the Hungarian town of Roszke, a police statement said.

They were part of a wave of around 7,000 refugees whose journey to the European Union had been blocked last week when Macedonia declared a state of emergency and closed its borders after being overwhelmed by the huge influx of people, amid Europe's worst migration crisis since World War II.

Many refugees said at the Hungarian border that they had passed through Serbia after travelling through Macedonia's border with Greece.

"We were stopped in Macedonia for two days, the riots were terrible, police used guns and teargas, I saw an old woman beaten, her money and papers taken," said a 29-year-old IT engineer from Mosul in Iraq who left his home to escape the ISIL group. He asked not to be named.

The numbers have sharply increased to around 1,500 a day in August, after Hungary's conservative government announced it would build a razor-wire fence along its southern border with Serbia.

In recent days, refugees have entered Hungary alongside a cross-border train track near Roszke, one of the few sections of the border with Serbia not yet blocked by three rolls of razor-wire, which the government says will completely seal off the border by August 31.

The fence is one of several tough anti-migrant government measures, which also include tightening of asylum laws, penalties for illegal border-crossing, and the planned closure of permanent refugee camps.