Refugee family allowed to settle in UK after 20 years

Group 'left in limbo' for decades after Theresa May refused to give them permission to enter the country. 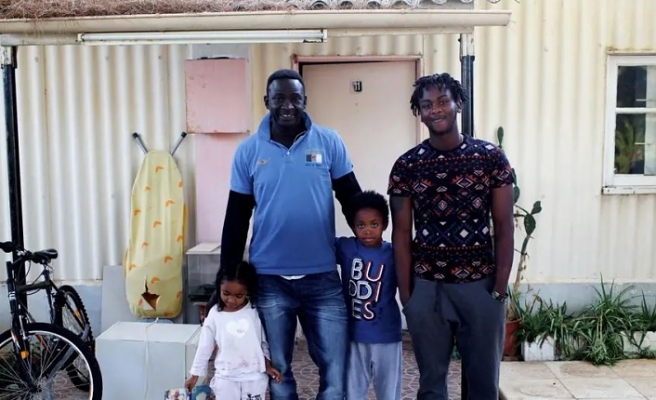 Six refugee families who have been stranded at a British military base in Cyprus for more than 20 years are to be allowed to settle in the UK following a legal battle.

The government has granted the group indefinite leave to enter the UK for permanent residence, in a U-turn that comes shortly before a Supreme Court hearing on the case.

The elder members of the families were among 75 refugees from Ethiopia, Iraq, Sudan, and Syria who washed up on the shores of the military base in a fishing boat operated by smugglers.

They had been heading for Italy but the smugglers abandoned the vessel after it foundered off the coast of Cyprus in October 1998.

Their boat reached land at RAF’s Akrotiri military airfield, a British overseas territory, where the group was detained for up to 18 months.

They were released between 1999 and 2000 after being recognized as refugees under the 1951 Refugee Convention, but the families have been marooned in the military base ever since. The UK government consistently denied responsibility for the refugees, arguing the convention did not extend to the sovereign base area.

The refugees, who live in disused military accommodation in Dhekelia, near Larnaca, have endured deteriorating conditions in bungalows which had been due to be demolished in 1997 and which were found to contain potentially harmful levels of asbestos in 2008.

In 2013, reports commissioned by the United Nations Refugee Agency (UNHCR) found high levels of anxiety among the families, who had limited access to healthcare. All the families’ children were found to have suffered in their “psychological health” due to their living conditions.

The families took legal action after Theresa May, the then-home secretary, refused to give them leave to enter the UK in November 2014. The decision was quashed following a High Court judicial review, which found it was unlawful, a ruling that was later upheld following a government appeal.

The government’s decision to settle the case, without an admission of liability, came before a further Supreme Court heard on 26 November.