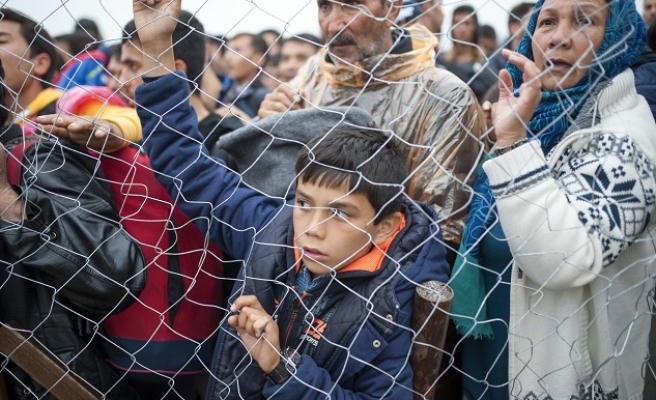 At least three people were wounded in fresh clashes between refugees in the Greek island of Chios Friday, as authorities ponder taking drastic measures such as evacuation to deal with the recurring problem.

Police said people from various nationalities were involved in the dawn clash, with some wounded so badly in the head and legs that they had to be transported to Chios hospital.

Reports of clashes between refugees come out almost daily at refugee centers in Greece, including Idomeni, Chios and Piraeus.

At the refugee center in Chios island, there are 1,400 people against its capacity for 1,200 people; some 211 more people arrived there Friday morning.

Quarrels between refugees and protests take place also almost everyday at the transit camp in Idomeni. On Thursday, Greek media reported clashes where one of the refugees could be seen wielding a knife.

Almost 11,500 people are at the camp, according to the latest data by Greek authorities.

The situation is relatively peaceful at the port's passenger stations of Pireaus where refugee numbers reached 5,350 Friday.

Police chiefs also held an emergency meeting Thursday after clashes broke out between refugees at one of the port gates. Police reportedly came under attack during the fight between Syrians and Afghans. Greek authorities have reportedly started moving more than 500 people to ease tension in the area.

In anticipation of more clashes at refugee camps and centers, which, following the EU-Turkey agreement of March 18 became closed-detention centers, more policemen were being reportedly moved to Idomeni and the islands of the Eastern Aegean, according to a police order issued this week.

Meanwhile, in a statement about Thursday’s port gate clash, the National Federation of Personnel Associations Coast Guard said: "The prolonged stay of so many people of different nationalities, genders and ages in an inappropriate area poses risks".

The Greek government aims to relieve Piraeus and Idomeni refugee camps within the next 15 days, Deputy Minister of Defense Demetris Vitsa told the Greek Public Radio Broadcaster Friday. “What is important is that refugees are convinced. And in this context, we will attempt a gradual or complete evacuation," Vitsa said.

A total of 52,046 refugees and migrants remain on Greek territory as of Friday, while 339 new arrivals were recorded in the last 24 hours, according to the latest count by the Greek Ministry of Interior.

Next Friday, the Greek House will vote on a draft legislation submitted Thursday, which will pave the way for implementation of the EU-Turkey agreement.

According to the agreement, migrants and refugees will be sent to Turkey from where the EU will resettle asylum seekers.