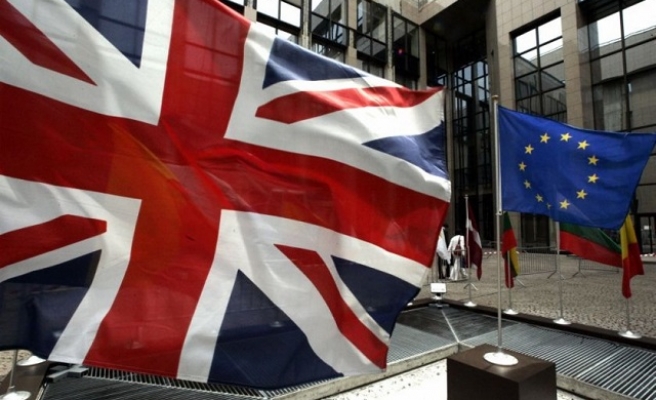 One of the leading advocates for Britain’s withdrawal from the EU on Friday welcomed a new campaign to exit the 28-country bloc.

Nigel Farage, leader of the right-wing UK Independence Party (UKIP), said the EU’s “appalling mishandling” of the refugee crisis gave British people fresh reason to vote to leave in a referendum due before the end of 2017.

Addressing a party in the northern English town of Doncaster, he said: “If this referendum was about whether Britain was to join the European Union, we would look at the crisis at the Mediterranean that has been so appallingly mishandled, we would look at the way through failed policy we have encouraged families and young men to go into the hands of criminal traffickers leading to so much misery.

“Our message is clear. We want our country back.”

He said a new campaign -- called Leave.eu -- showed the “tide is turning” and Britain could vote to leave the union, which it joined as the European Economic Community in 1973.

The precise date of the referendum will be announced once Prime Minister David Cameron concludes a renegotiation of Britain’s EU membership terms with other EU leaders.

However, Farage criticized Cameron for not negotiating “anything substantial at all”.

The Leave.eu campaign, launched on Friday, is funded by businessman Arron Banks, who previously donated £1 million [$1.52 million] to UKIP.

Farage also defended his party’s decision to campaign against immigration in May’s general election, describing it as the most important issue for voters.

“One argument we did make was that open door immigration as a result of our membership of the European Union is a wholly, thoroughly irresponsible thing to do,” he said.

“And how on earth can any government at local or national level plan for school provision, plan for health provision if you don't know in a couple of years’ time to the nearest couple of million how many people will actually be living in the country?”

UKIP won 3.9 million votes in the May election but due to the U.K.'s first-past-the-post voting system won just one parliamentary seat.